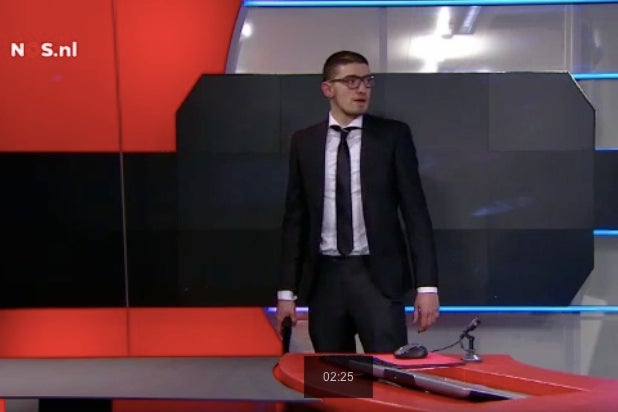 A gunman was arrested after making his way into the control room of Dutch news station NOS on Thursday.

BBC News reports the well-dressed gunman was armed with a pistol and a list of demands, including 10 minutes of airtime on the channel.  Armed guards ultimately overpowered the man, who had a silencer on his gun.

Translation: “In the letter the man had with him, talked about explosives,” said nosbink . Partly for this reason the NIS building remains closed.

During the dangerous encounter, NOS ceased broadcasting its evening programming, broadcasting the following: “In connection with circumstances, no broadcast is available at this time.”

No shots were fired before the gunman was arrested. It’s not yet clear what he wanted to say on-air.