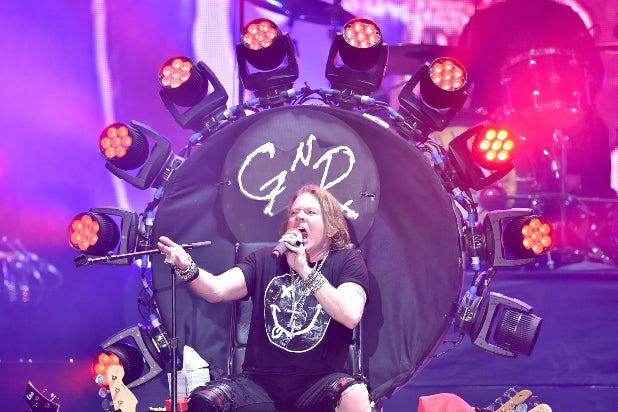 The shirt references Trump’s repeated refusals to wear personal protective masks, even as he toured a Honeywell factory last week that was manufacturing the N-95 safety equipment. Workers in the factory began blaring “Live N’ Let Die” over the loudspeakers in an attempt to drown out Trump’s speech, which promptly caught the attention of Rose and his band. They designed a shirt mocking the President and announced yesterday on Twitter that the merch would be sold on their website.

All proceeds from the shirt, which costs $25, will be donated to the Recording Academy’s MusiCares COVID-19 relief fund.

The shirt is the latest in a long-running string of anti-Trump activism by Rose and the band, dating back to the 2016 election. Earlier this month, Rose caught Treasury Secretary Steve Mnuchin in his crosshairs after he tweeted, “whatever anyone may have previously thought of Steve Mnuchin he’s officially an asshole.” Mnuchin fired back, asking Rose, “what have you done for the country lately?,” but originally included an emoji of the Liberian flag instead of the United States’, much to Rose’s delight.

Check out the t-shirt design below: