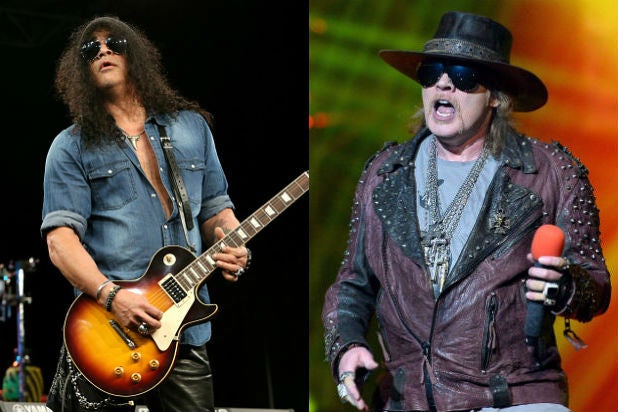 Defying many expectations, Guns N’ Roses took the stage intact last night at the Troubadour in West Hollywood, reuniting for the first time since 1993, and while video evidence is scarce, we rounded up everything that fans posted online during and after the show.

With cameras and even cellphones banned from the venue, according to Rolling Stone, those in attendance were put in the unenviable position of following the rules of one of rock ‘n’ roll’s most celebrated bands or do something totally rock ‘n’ roll by ignoring them.

For those who chose to rock, we salute you.

An accompanying graphic noted that the show would start “sometime after 11 p.m,” leaving many skeptical that frontman and reputed truant Axl Rose would ever show. Those limited number sold for $10 each during an impromptu sale at the former location of Tower Records and immediately flooded Craigslist, reaching asking prices of $2,000 for a spot in the 500-capacity venue.

Guns N’ Roses is scheduled to perform at Coachella, as well as 21 dates this summer throughout North America.

Watch all of the contraband Guns N’ Roses photos and footage we could find below.

On the tour bus with @slash and @officialduffmckagan before the historic reunion of @gunsnroses at @thetroubadour in Los Angeles. #notinthislifetime