Conan O’Brien’s fans are taking their anger to the streets.

Well, actually it’s just one fan. And he’s safe on a sidewalk.

But a college student named Carmelo has been showing he’s on Team Conan by standing outside O’Brien’s Universal City studio location for about four hours a day since Monday. Dressed plainly, he does nothing more than carry a sign (similar to those used by striking workers).

The sign features two messages. One side urges drivers to "Honk For Conan." The other side, meanwhile, says simply, "Not For Jay."

Carmelo said he just wants to show his love for O’Brien. He said he has no connection with NBC or O’Brien.

TVMoJoe noted some scattered horn sounds Wednesday afternoon, but nothing close to the noise WGA members generated in the same spot with their strike banners.

Check out the pictures below: 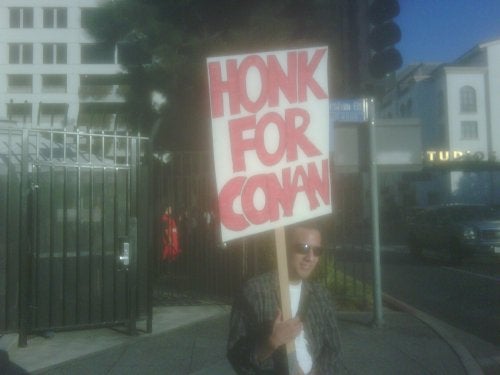 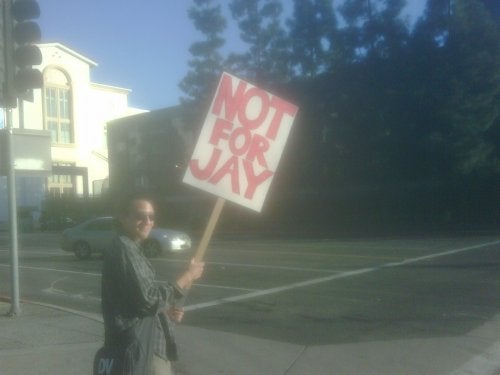