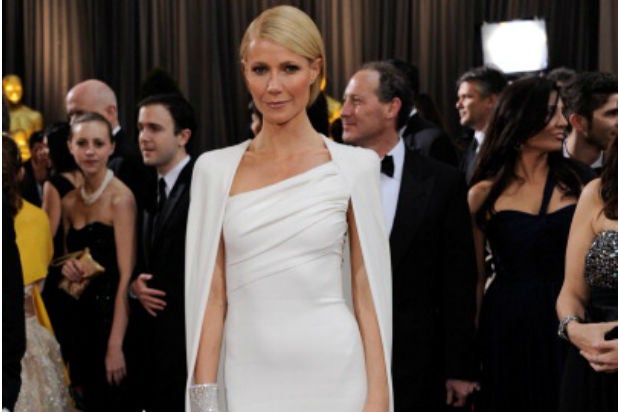 Gwyneth Paltrow is calling out questions comparing her lifestyle website to those of actresses like Reese Witherspoon and Blake Lively as “misogynistic.”

During an interview with Time Magazine, the GOOP founder refused to answer a question about whether she checks out lifestyle websites like Lively’s Preserve or Witherspoon’s recently launched Draper James.

“This is a very interesting question, because I wonder if George Clooney would be asked about Puff Daddy’s ancillary liquor line,” she said. “I’m fascinated how the media in particular are so confounded by entrepreneurial women doing something outside of their box.”

“Jessica [Alba], especially, who’s a friend of mine — our businesses could not be more different,” said Paltrow. “There’s not a lifestyle piece to her business. The fundamentals of our sites are very different … People are grasping at straws to tie us together and I get it, because it makes a good story, but I’m slightly offended by this sort of generalization that happens with myself and Jessica and Reese and Blake.

“Yes, there are similarities. But there aren’t stories in TIME written saying, ‘Wow, look at Arnold Schwarzenegger, who did x, y, and z!'” she continued.

As for Goop itself, Paltrow hopes for the business to stand on its own without her movie star persona attached.

“I’m not interested in building a celebrity business,” she said. “I want Goop to be its own brand that can thrive and scale without my involvement at some point.”