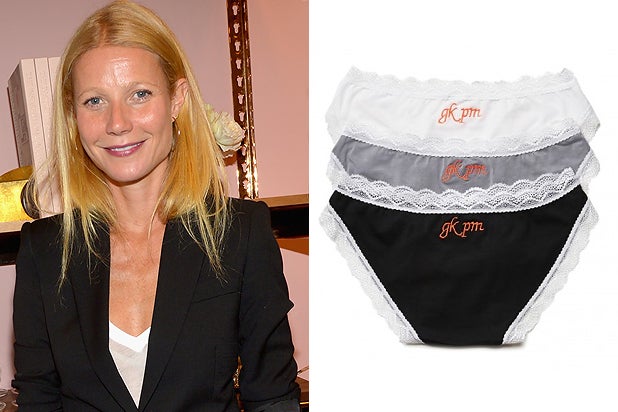 There’s amicable break-ups, and then there’s whatever this is.

Six months after Gwyneth Paltrow and Chris Martin memorably announced their separation as a “conscious uncoupling” on her website GOOP, Paltrow has put up for sale new sets of underwear that bear her initials – which still includes the last name of her soon-to-be ex-husband.

The underwear shown on the website, coming in black, grey and white, feature the intitals “gkpm,” which have been interpreted to stand for Gwyneth Katherine Paltrow Martin, though the website never expressly says so.  The underwear is “monogrammable,” which means buyers can customize the letters, but Paltrow has decidedly added a personal touch in using her own initials on the website.

The monogrammed underwear is more expensive than an identical set that do not bear Paltrow’s married initials. A set of three pairs of plain bikini underwear will cost you $35, while the same set with monogrammed initials cost $75.

So if you were hoping to have an intimate reminder of the 11 year marriage of Paltrow and Martin, here’s your chance, and it’ll only cost you $40 extra.