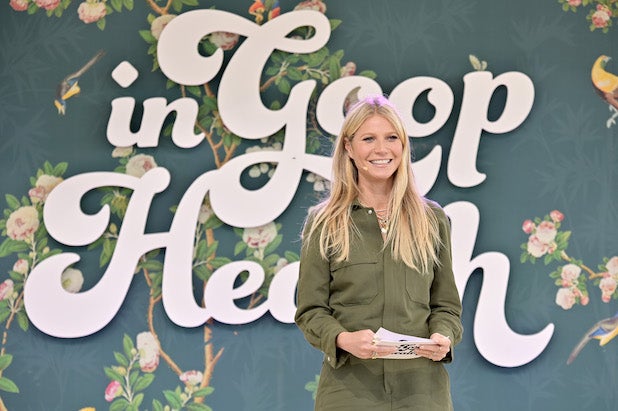 Gwyneth Paltrow became a critical resource for New York Times reporters  Jodi Kantor and Megan Twohey as they investigated Harvey Weinstein. But their new book says she was initially hesitant to speak on the record because of fallout over a vaginal jade egg sold by her company, Goop.

In “She Said: Breaking the Sexual Harassment Story That Helped Ignite a Movement,” Kantor and Twohey said that Paltrow was “certain that any story involving her, Weinstein, and sex was likely to be sensationalized, turned into the trashy celebrity scandal of the week,” the reporters wrote.

In the book, released Tuesday, they quoted Paltrow saying, “I didn’t know if I was going to be dragged through the mud. That’s usually what happens to women if you look, historically.'”

Paltrow worried that going on the record about Weinstein, whom she accused of sexually harassing her when she was 22, would further hurt her business and its employees, according to Kantor and Twohey.

“More than a hundred people were working for her, paying mortgages and raising children, and wading into more controversy could hurt them too,” the reporters wrote. “‘I can’t wreck the business,’ as she put it.”

Instead, the actress and entrepreneur used her Hollywood connections to help connect the reporters with other women who might speak out about their experiences with Weinstein, according to the book.

“Paltrow was on vacation with her children in Europe, and her social media feed showed wine glasses, a picnic, and an Italian lake. Privately, she was texting old costars and acquaintances for so-and-so’s contact information, asking other women if they would speak,” Kantor and Twohey wrote.

It wasn’t until after Kantor and Twohey published their first report into how Weinstein paid off his accusers that Paltrow was finally ready to publicly speak out.

“After the story had broken of Weinstein’s misconduct, she learned that the producer had used her — her name, her Oscar, her success — as a means of manipulating other vulnerable women,” Kantor and Twohey wrote. “Paltrow had spent many hours on the phone with other women who told her that Weinstein, while harassing or assaulting them, would routinely cite her and her soaring career, falsely implying she had yielded to him.” (Weinstein has denied making those claims about Paltrow.)

Hearing this, according to the book, made Paltrow feel like she was being used as a “tool in coercion of rape.”

“‘It almost makes me feel culpable in some way, even though it’s completely illogical,'” Paltrow said through tears, according to the book.

Weinstein has denied engaging in any non-consensual sex. He will face five counts, including predatory sexual assault and rape, at his criminal trial in January.

“We’re at a point in time when women need to send a clear message that this is over,” Paltrow said in the article. “This way of treating women ends now.”