Hollywood billionaire and prominent Democrat Haim Saban was sued in L.A. Superior Court on Tuesday by his former financial guru, who claimed that the media mogul defrauded the government out of tax money when he sold his company to the Walt Disney Company in October 2001 for $5.3 billion. 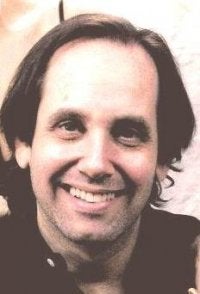 The suit was filed by Matt Krane, Saban’s former tax lawyer who has been sitting in the Metropolitan Detention Center in Los Angeles for over a year on charges of identity theft.

He was also recently indicted by the U.S. Attorney in Seattle on a conspiracy count charging that he defrauded Saban and laundered illegal kickbacks he received in connection with recommending and brokering Saban’s investment in an illegal tax shelter.

The suit alleges that Saban instructed Krane (pictured at left) to put together a tax plan that would allow him to dodge paying taxes on a $1.5 billion windfall on the sale to Disney.

The alleged tax shelter was based on the Isle of Man and involved investing in losing stocks.

“Saban demanded Krane put together a tax plan to ensure that Saban would pay $0 on his $1.5 billion profit from the impending sale,” the suit alleges.

A spokesman for Saban dismissed the lawsuit as coming from an unreliable source in legal jeopardy himself. "The frivolous claims made by Mr. Krane in this lawsuit are a transparent attempt to distract from Mr. Saban’s right to recover the money stolen from him by Mr Krane,"  the spokesman said in a statement issued to TheWrap Tuesday afternoon.

Krane is a controversial figure who awaits trial on charges of passport fraud, and has also been indicted by federal authorities in Seattle on charges of money laundering.

A hedge fund, Quellos, has also been indicted for money laundering in the same case, related to a complicated tax shelter scheme.

Krane’s lawsuit stems from a dispute over $36 million that Saban has had frozen by an Austria court. Saban claims that the money was a kickback paid to Krane by Quellos, and that it belongs to him.

In 1995, Saban merged his Saban Entertainment — an international TV, production, distribution and merchandising company that generated hits like "The X-Men" — with Rupert Murdoch’s Fox Kids Network.

Fox Family Worldwide was sold to the Walt Disney Company on October 24, 2001, for $5.3 billion. It was "the largest cash transaction conducted by a single individual in the history of Hollywood," according to Saban’s site.

The dispute over a tax shelter was investigated by a Senate committee as part of an inquiry into offshore tax abuses. Saban was found to be a victim of a tax shelter scheme in that inquiry.

Krane is part of a federal lawsuit filed in Seattle in June alleging a plan by Krane and two cohorts of "impeding, impairing, defeating and obstructing" the functions of the Internal Revenue Service in commission of tax fraud.