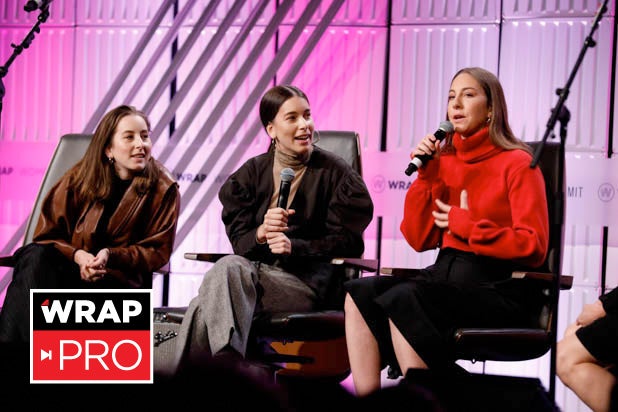 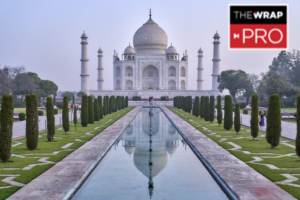 Before busting out some of their hits Thursday night, HAIM’s Este, Danielle, and Alana Haim sat down with TheWrap’s CEO and editor in chief Sharon Waxman to talk about “rocking the boat” by firing their agent over gender-pay disparity.

Youngest sister Alana (pictured above, left) made it clear she has no regrets. 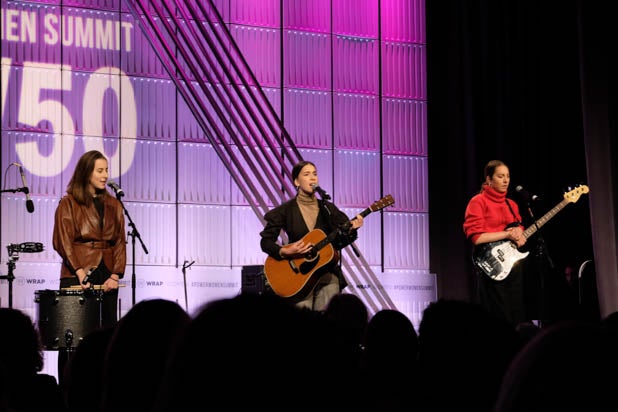 “When you hear ‘Don’t rock the boat’ so many times you internalize it… And if you bring up a question, you’re ‘crazy,”” she added.

Alana Haim said she and her sisters severed ties with their agent last year after they found out they were compensated ten times less than a male act on the same lineup at a music festival. The male act was repped by the same agent.

“And then we heard that the band after us got paid 10 times more than we did. And when you hear something like that, it’s another one of those things where you’re like, ‘Is this really happening? Is this really a thing?'”

There was an audible group gasp in the room, which Alana said she “really” appreciated.

“I think we were just in complete shock that this was still happening,” added middle sister Danielle Haim. “And we decided that we needed a change and that’s what happened.

Alana explained that the “thing that mattered most” for her in this situation was that the two bands shared the same agent.

Before they performed a trio of songs — “The Wire,” “Want You Back,” and Tom Petty’s “Won’t Back Down” —  oldest sister Este talked about how their parents were “very, very supportive” of their creativity growing up, but that when they left the “safe space” of home weren’t taken seriously as women in rock. And they want to change that.

“I think that we try to incorporate any opportunity that we get to incorporate women in our projects,” Este Haim said. “We are literally pining for women. Pining.”

The Los Angeles-based band released their critically acclaimed and highly anticipated sophomore album, “Something To Tell You,” in July 2017. It debuted in the top 10 of Billboard’s Top 200 albums chart. “Something To Tell You” is the follow-up to their 2013 debut album, “Days Are Gone,” which earned them a Grammy nomination for Best New Artist. Renowned for their engaging high-energy live performances, HAIM have toured the world playing headline shows and festival stages including Glastonbury, Lollapalooza, Coachella, Bonnaroo and more.

Just a few days before the historic midterm election, the focus of the Summit is to achieve gender equity in Hollywood, with the theme: The Road to 50/50 By 2020.