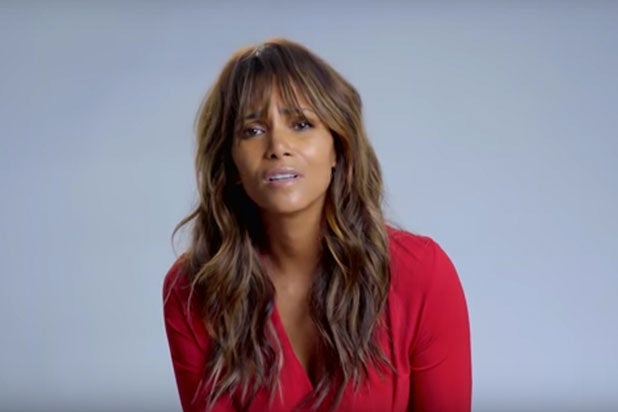 Halle Berry just took us on a journey back to the year 2000, when Britney Spears was topping the charts with her song “Oops!… I Did It Again.”

During a sit-down with W Magazine, Berry did a dramatic reading of the hit song.

With the lyrics in hand, the Oscar-winning actress recited some of the most popular lines of the song, including the chorus that goes, “Oops!…I did it again, I played with your heart, goth baby, baby, Oops!…You think I’m in love, That I’m sent from above, I’m not that innocent.”

Berry isn’t the only one who likes to put a dramatic twist on songs. In February, Eva Longoria did a reading of Spice Girls’ “Wannabe.” Last December, Amy Schumer, Bryan Cranston, Seth Rogen, Kristen Wiig, Saoirse Ronan, Rooney Mara and Brie Larson got together for a dramatic reading of Drake‘s “Hotline Bling,” one of the year’s most popular songs.

Berry will next be seen in her movie “Kidnap,” which is hitting theaters this winter.