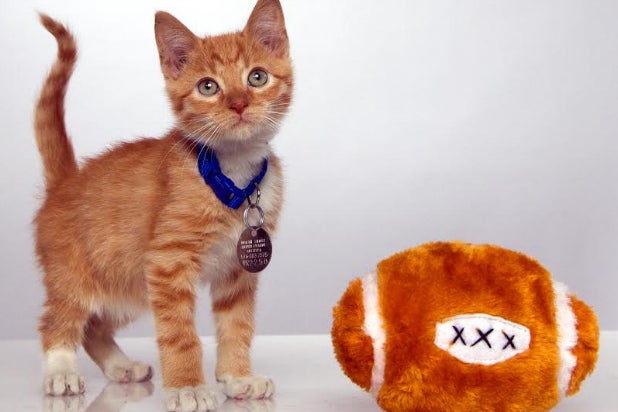 Hallmark Channel scored with the debut of its “Kitten Bowl,” which drew an average of 1 million viewers during the competition’s Super Bowl Sunday premiere.

Of course, the special was not the only four-pawed game in town. “Kitten Bowl” put up a fight against the veteran furry counter-programming — Animal Planet’s “Puppy Bowl X.” The 10th anniversary of the canine competition earned 3.3 million viewers in its 3 p.m. – 5 p.m. premiere. The 12-hour block roped in 13.5 million viewers, a record for the program.

“We’re thrilled with the performance of our inaugural broadcast of Kitten Bowl,” Bill Abbott, president and chief executive office, Crown Media Family Networks, said in a statement. “The show clearly resonated with viewers and took social media by storm, trending on Twitter much of the day. We are extremely proud that all 71 of the kitten athletes who participated found loving homes, while Hallmark Channel further raised awareness of the epidemic of pet homelessness in our country.”

Editor’s Note: An earlier version of this story compared “Kitten Bowl”‘s unduplicated audience (3.2 million) with “Puppy Bowl”‘s P2+ average audience (3.3 million). It has been corrected to reflect the more apples-to-apples comparison, which widens the viewership gap between the programs. TheWrap regrets the error.