Universal/Blumhouse’s “Halloween Ends” is shaping up to have a frontloaded run at the box office, opening below expectations with a $41.2 million launch from 3,901 theaters.

Independent trackers had expected this reboot trilogy finale to at least match the $49.4 million opening of its 2021 predecessor, “Halloween Kills.” Not only has it fallen short financially, it’s also getting weaker audience reception than “Kills” with a C+ on CinemaScore and Rotten Tomatoes scores of 40% critics and 56% audience.

With a global opening of $58.4 million when an overseas launch of $17 million from 20 countries is included, “Halloween Ends” has already turned a profit for Universal with a reported production budget of around $30 million. But the poor word-of-mouth, combined with the release of Warner Bros./DC’s “Black Adam” next weekend, is likely to curtail that theatrical profit and lead to a steep second weekend drop. 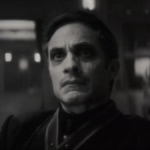 On top of that, “Halloween Ends,” like “Kills,” is a day-and-date release on Peacock. While that has drawn more eyes to the platform with Peacock reporting that “Ends” has become the most-watched film on the service in the first two days of its release, it will likely pull away casual moviegoers that still have some interest despite the tepid reception from seeing the film in theaters, further diminishing its box office potential. A final domestic box office total below the $92 million run of “Kills” is likely.

It’s also possible that “Halloween Ends” is facing tougher-than-expected competition from fellow horror film “Smile.” The Paramount release is continuing its strong run in theaters with a third weekend total of $12 million, just a 33% drop from the previous weekend as its domestic total now stands at $71 million against a $17 million production budget.

Sony’s “Lyle Lyle Crocodile” and “The Woman King” take third and fourth, respectively, on the charts. “Lyle Lyle Crocodile” has added $7.4 million in its second weekend, bringing its domestic total to $22.6 million. “The Woman King,” in its fifth weekend, has added $3.4 million to bring its domestic total to $59.7 million. With a co-financed $50 million budget, “Woman King” has recouped its production costs but still hasn’t quite reached its break-even point with marketing spending included.

20th Century/New Regency’s “Amsterdam” completes the top five with $2.8 million in its second weekend, a 56% drop from its anemic $6.5 million start. The David O. Russell film is one of the biggest bombs of 2022, grossing just $18.5 million global against a reported $80 million budget. 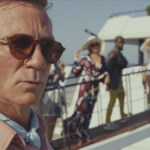