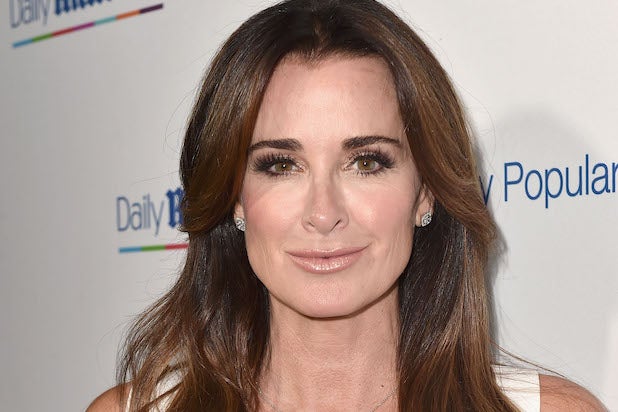 Kyle Richards, an actress and star of the reality show “The Real Housewives of Beverly Hills,” is joining the cast of “Halloween Kills,” the horror sequel from Universal and Blumhouse.

Richards appeared in the original 1978 “Halloween” directed by John Carpenter when she was just 9 years old, and in a nod to the original film, Richards will reprise her role as Lindsey, who we first met as a young girl being babysat by the character Annie Brackett (Nancy Kyes).

She joins a cast that already includes Jamie Lee Curtis returning after appearing in the rebooted sequel from last year, as well as Anthony Michael Hall as Tommy Doyle. While Hall is new to the franchise, his character Doyle was a boy in the original “Halloween” as well, and even returned in one of the sequels, as played by Paul Rudd in the sequel.

Also Read: John Carpenter: 'I Wouldn't Count On' a True Ending for 'Halloween'

Blumhouse and Universal are planning to shoot two “Halloween” films back-to-back, including “Halloween Kills” dated for Oct. 16, 2020, and “Halloween Ends” on Oct. 15, 2021. David Gordon Green, who directed the 2018 “Halloween,” will return to direct both films.

Richards has appeared as herself on “The Real Housewives of Beverly Hills” since 2010. She’s also known for her work on “E.R.” and “Little House on the Prairie.” She’s represented by United Talent Agency.