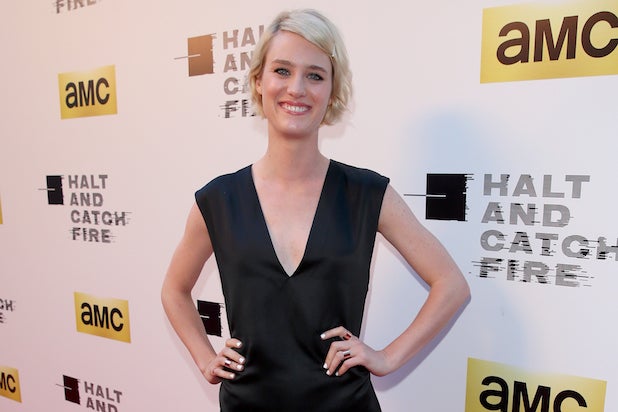 “The Martian” is a 20th Century Fox project that Drew Goddard adapted from Andy Weir’s popular e-book. Damon will star as an astronaut who becomes stranded on Mars and must figure out how to survive long enough to return home to Earth.

Jessica Chastain will co-star in the film, which will feature Davis in a small but crucial role, though character details are being kept under wraps.

“The Martian” has been described as a cross between “Apollo 13” and “Cast Away.” Those who have read the script say it’s quite different from Alfonso Cuaron‘s “Gravity,” which found Sandra Bullock stranded in space.

Simon Kinberg and his Genre Films partner Aditya Sood are producing “The Martian” along with Scott, while Fox executive Steve Asbell will oversee the project for the studio.

Also read: How ‘Halt and Catch Fire’ Can ESC Cancellation

Davis has caught fire thanks to her performance as computer whiz Cameron Howe on AMC’s acclaimed drama series “Halt and Catch Fire.” She recently co-starred alongside Daniel Radcliffe and Adam Driver in CBS Films’ romantic comedy “What If” and will soon be seen in Simon and Zeke Hawkins’ crime thriller “Bad Turn Worse,” which played the festival circuit as “We Gotta Get Out of This Place.”