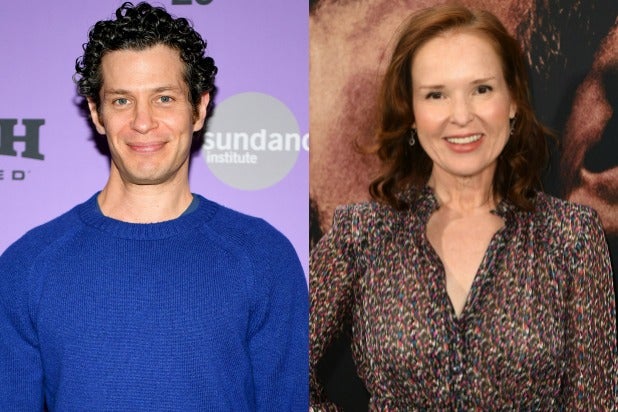 As part of the multi-year pact, which began in February, Kail and Todd have formed a new television company that will develop for all platforms under Kail’s Old 320 Sycamore banner.

Per 20th Century Fox TV, “The deal covers the pairs’ development of television projects only; Kail will separately produce films under his Old 320 Sycamore Pictures banner and Kate Sullivan will continue to serve as head of development for both companies with Kelly Applegate serving as creative executive. Todd will continue producing films under her own banner, Jennifer Todd Pictures, which has a first-look feature deal with MGM. Brittany Hapner will continue to oversee projects for Jennifer Todd Pictures, and will work for both entities.”

“I was worried that my quote about the great Tommy Kail might seem hyperbolic, but everything I’m about to say about him is undeniably true, starting with: he’s a genius,” Dana Walden, chairman of Disney Television Studios and ABC Entertainment, said in a statement Friday. “Throughout our time working together, we’ve watched Tommy mount a masterful live television event with ‘Grease: Live,’ for which he won an Emmy; then, he turned to the spectacular, multi-award-winning drama, ‘Fosse/Verdon.’ And, as Disney+ subscribers experienced last weekend, Tommy’s film version of his and Lin-Manuel Miranda’s breathtaking ‘Hamilton’ is a masterpiece that will be celebrated by generations to come. Tommy’s incredible degree of perfectionism, high level of specificity and brilliant creative vision runs throughout all of these great projects.  Craig Hunegs, Carolyn Cassidy and I feel so lucky to be partnering with Tommy and the very talented Jen Todd and we look forward to seeing what they do together.”

“Jennifer and I have been looking to find a project together for years,” Kail said. “Now, an even better thing happened: we have joined forces. This gives us the chance to find many projects to make together with ABC/Disney where Dana and her team have built an ideal landscape for us to work.”

Todd added: “I am thrilled at the opportunity to partner with the brilliant Tommy Kail in a television company. The chance to work with him and bring new stories to the ABC/Disney platforms is a dream come true.”

And here is Todd’s:

Jennifer Todd is an Executive Producer of Showtime’s CITY ON A HILL starring Kevin Bacon. She also produced the recently released Warner Bros. film THE WAY BACK, starring Ben Affleck. Previously, she Executive Produced both the 89th and 90th Oscars telecast, and currently serves on the Board of Governors for the Academy of Motion Picture Arts & Sciences, representing the Producers Branch.

Kail is represented by WME. Todd is repped by attorney Michael Gendler.