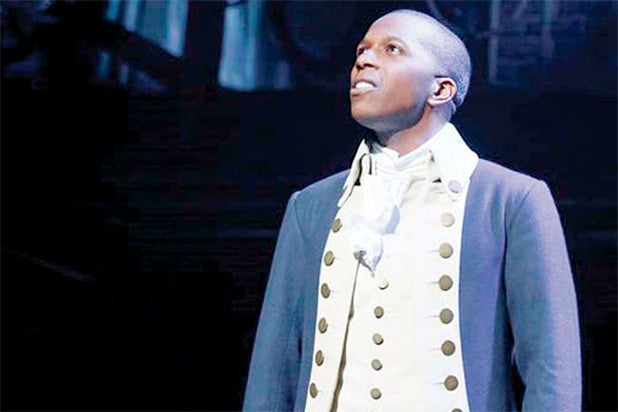 “I am indeed leaving on July 9. It has just been the most completely wonderful, totally healing, and inspiring experience from beginning to end,” Odom said on Facebook. “I will never forget the people that I’ve met here. I’ll never forget all of you.”

Odom plays Aaron Burr in the hit Broadway show, and recently won the Tony Award for Best Actor. It was one of 11 awards the show picked up.

Also Read: 'Hamilton' to Be Filmed Before Lin-Manuel Miranda's Exit Next Month

Odom’s exit announcement comes right on the heels of Miranda’s, who will also make his last appearance in the show on July 9. However, it was announced last week that the original cast of “Hamilton” will film two performances before Miranda exits.

Interest in the July 9 performance has reached epic levels. On the secondary market, Orchestra Row B Seats 2-4 have been going for $9,998.96 apiece on Ticketmaster for the 8 o’clock performance that night. Seats in the mezzanine alone are going for $9,143.98 each.

“Hamilton” has proven to not only be a Broadway game-changer and dominant Tony Award property, but it has also quite clearly caught the eye of major media execs, as almost every broadcast network adopted the show’s format for their recent respective upfronts presentations in New York City. Some spoofed it with their own talent, while others borrowed actual cast members to entertain the audience.