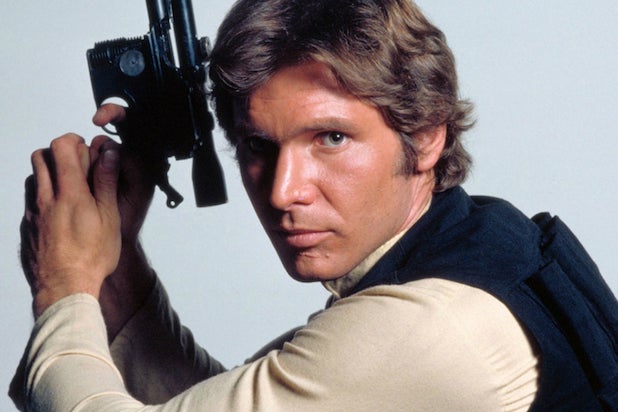 Director Ron Howard dropped a new photo from the upcoming untitled “Han Solo” movie — and a hint that makes many fans think its an image of the infamous Kessel mines.

Solo boasts in the original 1977 “Star Wars” that his ship, the Millennium Falcon, “made the Kessel Run in less than twelve parsecs.”

As the Star Wars wiki site Wookiepedia explains, Kessel is a prison world that was home to the galaxy’s largest Glitterstim spice-mining operation. The Kessel Run was a hyperspace route smugglers used to transport spices from the mines. It demanded great skill of pilots, because the route involved extreme changes in velocity to jump in and out of hyperspace.

Howard’s image included a single, tantalizing word: “Spicey?” It made fans wonder if we might finally see how Solo and the Falcon made the Kessel Run.

Howard stepped in to direct the Han Solo movie last month, just two days after Phil Lord and Chris Miller were let go from the “Star Wars” spinoff. The directors had been at the wheel of the film, starring Alden Ehrenreich in the role that Harrison Ford made famous, for nearly two years. Physical production commenced in late January in the U.K., and the men completed nearly 17 weeks of shooting through May.

The film is still set for a May 2018 release. It will star Ehrenrich, Donald Glover, Emilia Clarke, Thandie Newton, and Woody Harrelson.