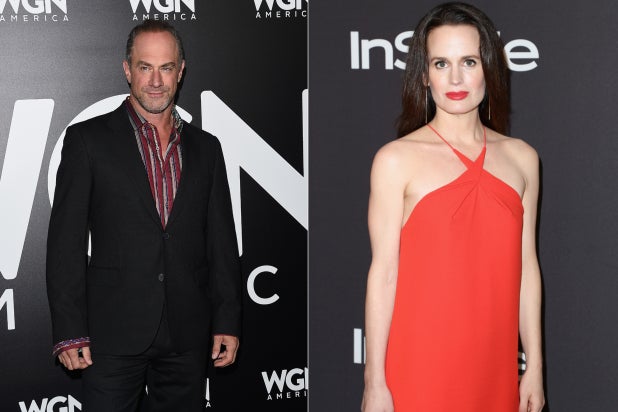 “The Handmaid’s Tale” is adding Christopher Meloni and Elizabeth Reaser to its cast for its upcoming third season.

The two have been cast as Commander Winslow and Mrs. Winslow, respectively. Commander Winslow is a powerful and magnetic Commander who hosts the Waterfords on an important trip, while Mrs. Winslow becomes a friend and inspiration to Serena Joy (‎Yvonne Strahovski). The two roles are not based on any characters from Margaret Atwood’s novel of the same name that the series is based on.

Per Hulu, season 3 “The Handmaid’s Tale” is driven by June’s (Elizabeth Moss) resistance to the dystopian regime of Gilead and her struggle to strike back against overwhelming odds. Startling reunions, betrayals, and a journey to the terrifying heart of Gilead force all characters to take a stand, guided by one defiant prayer: “Blessed be the fight.”

After serving as a supervising producer on the first season, and a consultant this season, Margaret Atwood, who wrote the book the show is based on, will be a co-executive producer for Season 3.