A version of this story about “The Handmaid’s Tale” first appeared in The Race Begins issue of TheWrap Emmy Magazine.

Bruce Miller isn’t blind to the fact that “The Handmaid’s Tale” is even more relevant in 2017 than when Margaret Atwood published it in 1985.

When the showrunner started drafting the first few episodes of the Hulu show, he said the presidential primary season hadn’t started yet. Then suddenly, people saying misogynistic and racist things on live TV. “I was surprised by a lot of those things that people felt,” Miller said. “It was horrible they were saying them, and it was horrible they felt comfortable enough saying them, which was even worse.”

But if anything, that made it easier to write the show, which takes place in a dystopian future state called Gilead run by religious and tyrannical fundamentalists. “It helped me to understand how someone would articulate and justify to themselves feeling this way, so it was helpful putting the script together,” he said.

The parallels between “The Handmaid’s Tale” to the current political climate are undeniable. Even Planned Parenthood, on the of the show’s premiere, noted the literal and ideological similarities between modern nts and the world of the book.

“As the nation’s leading provider and advocate of reproductive health care, Planned Parenthood has seen the dire consequences for women when politicians rely on ideology rather than medical expertise in an effort to undermine women’s health and block patients from going to Planned Parenthood for care,” a spokesperson said.

Beyond the danger certain viewpoints pose towards feminist activists, Miller noted all the derogatory things being hurled at other groups.

“There were things I didn’t think people felt anymore, and all of a sudden they were saying them and people were cheering about this incredible disrespect for immigrants — all these cruelties you don’t think people have at the front of their minds,” Miller said.

He cited Vice President Mike Pence’s comments about how he avoids being alone in a room with a woman who wasn’t his wife. This implies, according to Miller, that the government isn’t just dealing with traditional values, but people who have no input from other groups at all. “It’s like a horror show when the government is doing them,” Miller said, “when it’s not just some buffoon at a table saying it.”

Miller and his whole crew noticed the parallels between Trump’s attitude toward grabbing women and a 30-year-old book about a world that doesn’t respect women. Joseph Fiennes, who plays Commander Waterford, told TheWrap that what’s happening in the world today is all laid out in the book and even called out the president himself.

Also Read: 'SNL': Men Are Completely Oblivious in the Dystopia of 'The Handmaid's Tale' (Video)

“With the new administration — in terms of a commander-in-chief whose misogynistic locker room talk was shocking to me, as the most important people in my life are women… it’s kind of obnoxious,” he said. “There’s a danger in going back, and I want to go forward.”

Miller and his team thought a lot about how to approach the parallels, but he said there was never a question about whether they should do so. He said the team had made the decision to be “bold and straightforward” when it came to expressing these kinds of viewpoints.

“One of the most fascinating things about the book, to me, is how much it tied a lot of different really hot-button issues together… which I thought was kind of illuminating when I read it for the very first time,” Miller said. “[It] makes it such a rich view of feminism.”

In the “ceremony” scenes, where the Commander (Fiennes) essentially rapes Offred (Elisabeth Moss) for reproduction, the producers decided to show exactly what was happening, but without going over the line into pornography or torture. The scenes aren’t graphic, with blood or nudity, but they are disturbing.

In another scene, handmaid Ofglen (Alexis Bledel) is taken into custody for engaging in an illicit affair with a woman. In order to punish her — but still keep her available for breeding purposes — the powers that be circumcised her. It’s never explicitly stated, but when Ofglen stands up and her pelvis is wrapped in bandages, you gather what has occurred.

“We tried very hard not to use this stuff for entertainment value, but use it to underline that it’s really happening,” Miller explained. He added that the team also used the examples to show the very possible consequences of a fundamentalist line of thinking. 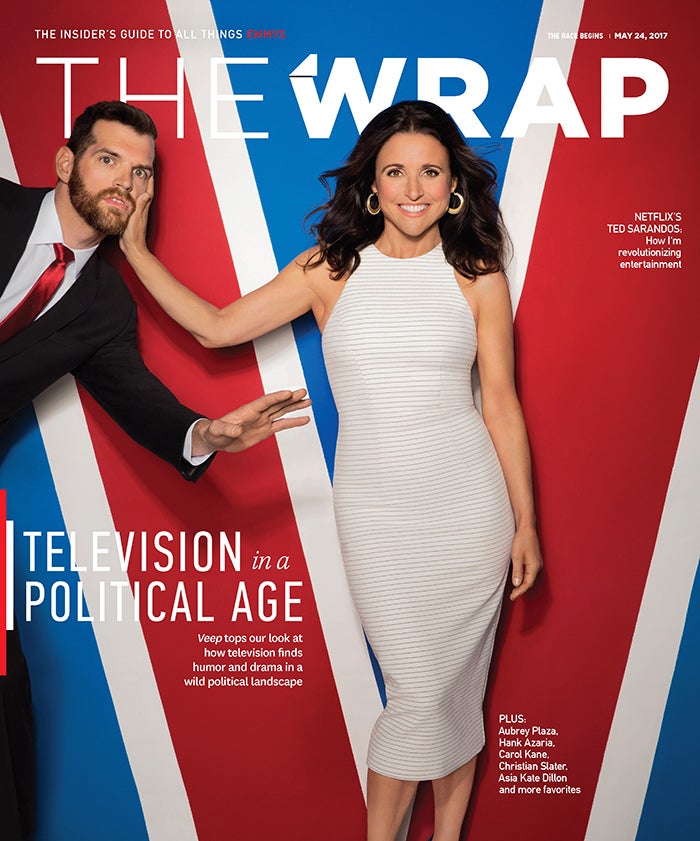