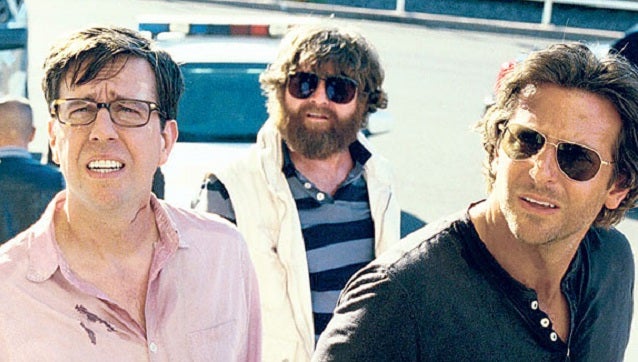 U.S. audiences may have cooled to “The Hangover Part III,” but the finale in Warner Bros. and Legendary Pictures’ raunchy comedy franchise looks hotter than ever overseas.

Todd Phillips‘ R-rated three-quel generated an impressive $82 million from 54 markets over the weekend, surpassing the totals of "Hangover II" in every region. That raised its overall international total to $110 million and, with $88 million from North America so far, its worldwide total stands at $198 million.

“Star Trek Into Darkness” sailed to strong $25 million in its debut in China, and wound up with $37 million from overseas this weekend. Its international gross is now $147 million, well past the $127 million that “Star Trek” managed in 2009, with several key territories still to open including Japan, Brazil, France, Italy and Spain. The film played in 43 markets.

Fox's animated family film "Epic" delivered $28.5 million from 56 markets, lifting its international total to $86 million and its worldwide gross to $151 million. Russia was the top territory at nearly $8 million.

“The Hangover Part III” took in nearly $16 million in North America this weekend, after debuting to $64 million over the long Memorial Day weekend, well below the $85 million that "Hangover II" managed over a comparable period.

Warner Bros. also saw a strong holdover performance from "The Great Gatsby," which brought in roughly $23 million from 55 territories to raise its international total to $120 million and its worldwide gross to $248 million after four weeks.