Tom Hanks, Annette Bening and cinematographer Caleb Deschanel have joined the lineup of celebrities slated to participate in Saturday’s Governors Awards, the new event at which the Academy will salute this year’s four honorary Oscar winners. 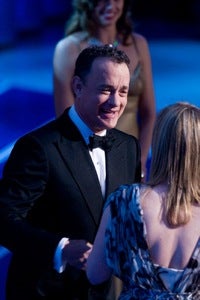 This list is far from completely; a number of other participants, including some of the evening’s biggest names, are being kept secret.  "We have the advantage of not needing to draw viewers to a television program, so we can keep a lot of names as surprises," show producer Bruce Cohen told theWrap this afternoon.

The Governors Awards will take place at the Grand Ballroom at Hollywood & Highland this Saturday night.  It will not be televised, though it will be filmed; footage will be provided to television and online outlets, and some will likely be shown on the Oscar telecast next March 7.