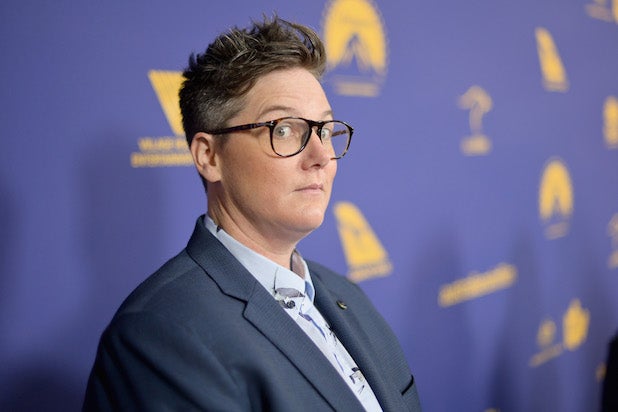 Comedian Hannah Gadsby is returning stateside with a new show, this one named for a dog.

Gadsby’s “Douglas” is coming to New York for a four-week limited engagement at the Daryl Roth Theater, WestBeth Entertainment announced on Monday.

Tickets go on sale to the general public on April 14 for the set of shows that run off-Broadway from July 23 to Aug. 17.

Also Read: Hannah Gadsby Says She's Unlikely to Host 'SNL' Because 'They're Not so Fond of My Work'

While her breakout Netflix special, “Nanette,” was named for a random barista, “Douglas” is named for a very specific dog.

Gadsby premiered “Douglas” in Melbourne, Australia on March 27, and she’s launching a U.S. tour on April 29 in San Francisco that will end with the limited engagement in New York City.

Since “Nanette” landed on Netflix last June, Gadsby has seen her profile rise in the U.S., with appearances on the Emmys and other talk shows. She currently has a book in the works with Ballantine in North America and Allen and Unwin in Australia and the UK. Translation rights have been sold in multiple territories.