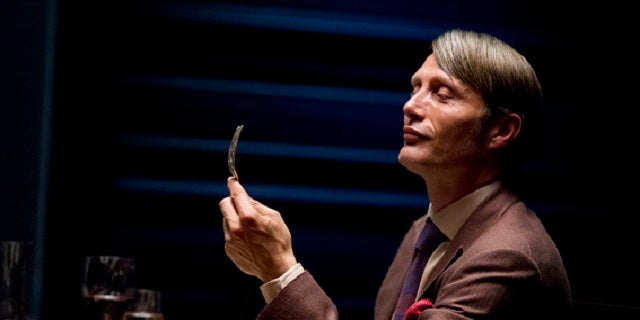 NBC has given a second season to its serial-killer drama "Hannibal," the network said Thursday.

The 13-episode second season of "Hannibal," will air "no earlier than midseason," NBC said.

The series follows serial killer Hannibal Lecter (played by Mads Mikkelsen) in his early days, and his relationship with criminal profiler Will Graham (Hugh Dancy), who has a unique ability to peer into the mind of serial killers.

Though the series premiered in April to a relatively soft 1.6 rating/4 share in the advertiser-coveted 18-49 demographic, it's currently averaging a 2.0/6 and 4.7 million total viewers.

The drama is based on the characters from the novel “Red Dragon” by Thomas Harris and was developed for television by Bryan Fuller, who also serves as writer and executive producer.

"We’re so proud of Bryan’s vision for a show that is richly textured, psychologically complex, and very compelling," NBC Entertainment  president Jennifer Salke said. "There are many great stories still to be told."