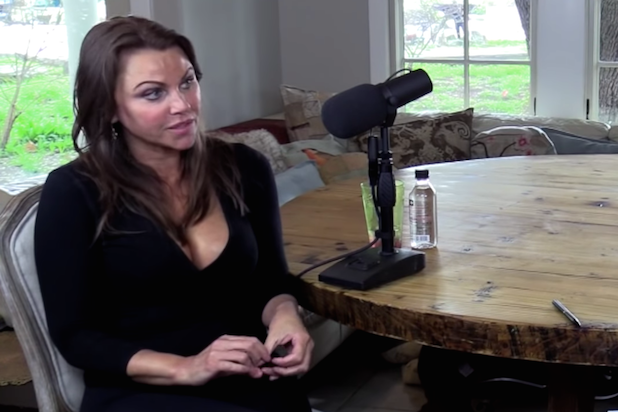 Sean Hannity wants Fox News to hire Lara Logan, after the former CBS News correspondent went on a tear this week, attacking the liberal mainstream media and lauding the merits of Fox News and Breitbart.

“I mean this sincerely, I hope my bosses at Fox find a place for you,” Hannity told the former “60 Minutes” reporter during an interview on Wednesday. “I know that you want to still do great work and [be] independent and I think it would be a service if you did. I hope that you telling truth doesn’t end up in career suicide for you. We need the fair, honest investigative voices.”

During the interview, Logan continued to unload on the press, calling out specific reporters by name including Politico’s Michael Calderone, Vanity Fair’s Joe Hagan and CNN’s Brian Stelter — who Hannity referred to as “Humpty Dumpty.”

“They don’t get to write my story anymore,” Logan said. “They don’t get to speak for me.” As Calderone pointed out in his morning newsletter, both he and Hagan extensively covered a career low-point for Logan — namely her retracted 60 Minutes report from Benghazi in 2013.

The story, which resulted in an apology and leave of absence for Logan, was based on a fabricated account of security officer Dylan Davies who falsely claimed to have witnessed the terrorist attack on a U.S, compound which killed Ambassador Christopher Stevens and three others on September 11, 2012.

“As Executive Producer, I am responsible for what gets on the air,” then executive producer Jeff Fager said in a memo at the time HuffPost reported. “I pride myself in catching almost everything, but this deception got through and it shouldn’t have.”

Also Read: Chris Cuomo Calls Sean Hannity 'Without Question the Most Powerful Person in the Media'

It’s unclear whether Fox News would actually consider Logan. A rep for the network did not immediately respond to request for comment from TheWrap.