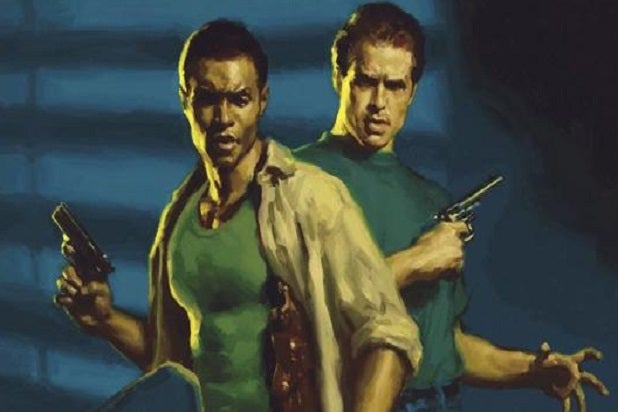 “Hap and Leonard” are coming to Sundance.

SundanceTV has ordered a series based on Joe Lansdale’s Southern noir book series about the unlikely friendship between working class laborer Hap Collins, a white laborer who did time in prison for refusing to serve in the Vietnam War, and Leonard Pine, a six-foot-five, gay, black Vietnam vet with anger issues.

The series, produced by Sundance Studios, was created by director/writer Jim Mickle and writer Nick Damici, who previously paired on the Michael C. Hall-Sam Shepard project “Cold in July,” also based on Lansdale’s work.

Sarah Barnett, SundanceTV President, commented, “Equal parts shocking and hilarious, ‘Hap and Leonard’ will cut through in a crowded TV landscape as irresistible southern pulp noir. Jim Mickle and Nick Damici have a delightfully fresh approach to storytelling, creating vivid characters set in a picaresque world of deep friendship and occasional blood curdling incident,” said SundanceTV president Sarah Barnett. “What’s more, Jim and Nick are true Sundance voices, having made a splash in recent years at Sundance Film Festival with their feature film. We couldn’t be happier to add ‘Hap and Leonard’ to our line up of daring scripted shows.”

The series, which has received an order for six one-hour episodes, will begin shooting next year for an early 2016 premiere.