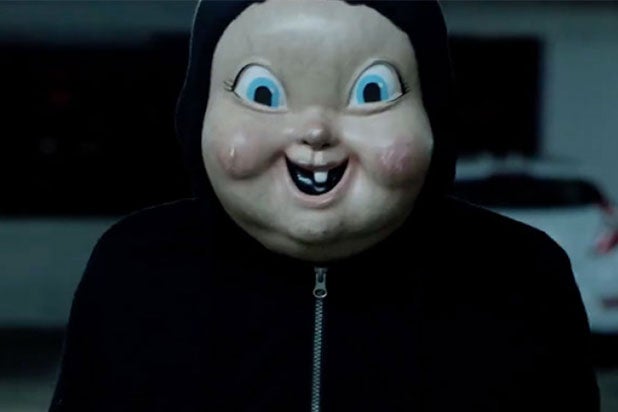 Universal and Blumhouse’s low-risk strategy has paid off again, as “Happy Death Day” has opened to a $26.5 million opening from 3,149 screens against a $4.5 million budget.

Going into the weekend, trackers had projected a $18-20 million start for this PG-13 tale about a college student forced to relive the day of her murder on an endless loop.

But the younger audiences that pushed Blumhouse’s other 2017 hits, “Split” and “Get Out,” to strong openings showed up again here, with under-25 moviegoers making up 63 percent of the film’s audience according to exit poll data, with 54 percent of the audience being women. The film had a solid critical reception too, with a B on CinemaScore and a 66 percent Rotten Tomatoes rating.

In second place is “Blade Runner 2049,” which fell 54 percent to $15.1 million in its second weekend. That leaves a disappointing domestic ten-day total of $60.5 million for the $150 million sci-fi sequel, though the film is still expected to get awards consideration and a cult following.

In third is STX’s “The Foreigner,” which hit its pre-weekend projection target with a $12.8 million opening from 2,515 screens. The American/Chinese co-production has a $35 million budget and has earned an A- on CinemaScore with a 57 percent Rotten Tomatoes rating. The film has made $88 million internationally.

Completing the top five are “It” and “The Mountain Between Us,” with respective weekend totals of $6 million and $5.7 million. “It” now has a domestic total of $315 million after six weekends in theaters, and with Halloween on the horizon, it has the chance to pass “Spider-Man: Homecoming” on the domestic gross charts if it can earn another $18 million.

Outside the top five are two new biopics: Open Road’s “Marshall” and Annapurna’s “Professor Marston and the Wonder Women.” “Marshall” made $3 million from a targeted release of 821 screens. “Professor Marston,” on the other hand, couldn’t translate the success of “Wonder Woman” into interest in the superhero’s creator, with an estimate of just $737,000 from 1,229 screens.