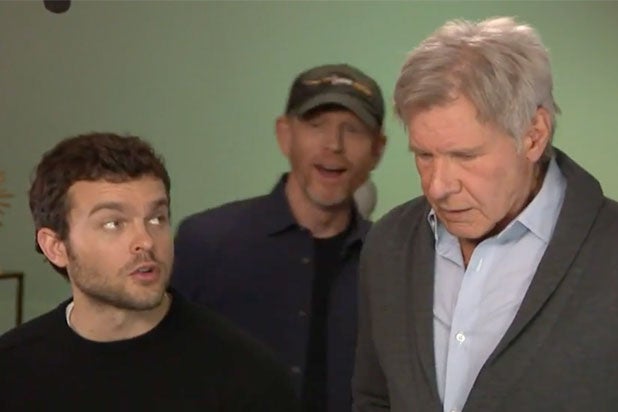 Alden Ehrenreich, who plays the young Han Solo in the upcoming “Solo: A Star Wars Story,” was interrupted by none other than Harrison Ford during a recent interview.

Speaking to Entertainment Tonight, Ehrenreich was explaining what advice Ford gave him on set when the 75-year-old actor snuck up behind him — with “Solo” director Ron Howard in tow.

The iconic actor then shook Ehrenreich’s hand and gave him a hug. He explained that he was “just in the neighborhood.”

Ford, of course, played the character of Han Solo in the original “Star Wars” films and “The Force Awakens.” “Solo” also stars Donald Glover, Woody Harrelson and Emilia Clarke and will hit theaters May 25.