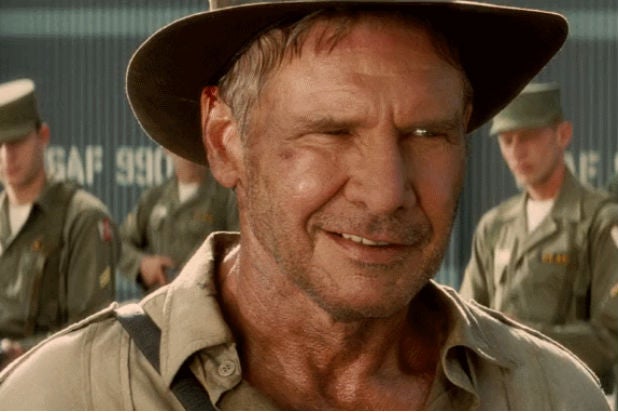 “Dr. Anthony Fauci has served as director for the National Institute of Infectious Diseases since 1984,” Harrison Ford says in the ad. “He has served the American people tirelessly, honorably, and selflessly. From Reagan, to Bush, to Clinton, to Bush, to Obama, and now to Trump.”

The spot then cuts to Sunday’s Trump rally in Opa-Locka, Fla., the crowd began to chant “Fire Fauci.” Trump just soaked it in for about 15 seconds before he chimed in. “Don’t tell anybody, but let me wait ’til a little bit after the election,” Trump said to cheers.

“Tomorrow, you can fire only one of them. The choice is yours,” Harrison Ford says at the end of the ad.

Also Read: Fauci Quotes 'The Godfather' After Trump Calls Him a 'Disaster:' 'Nothing Personal, Strictly Business'

The Lincoln Project and Harrison Ford are teaming up to let Americans know you can only keep one of them: Trump, or Fauci. pic.twitter.com/WmimV0inTC

Presumably what set the crowd off this time were comments by Dr. Fauci from the past few days in which he said some pretty dire things about the state of America’s coronavirus response. The U.S. is seeing record COVID infections right now, with just under 100,000 new reported cases on Friday. More than 230,000 Americans have died from COVID-19 infections.

Ford also did a video over the weekend with Mike Bloomberg in which the two endorsed Joe Biden and discussed why they need to support a candidate that will work to protect the environment and be a partner for green causes in the White House.

“We’re going to run out of time if we continue with this leadership,” Ford told Bloomberg. “Look, nature doesn’t need people. People need nature to survive. The services of nature, what nature provides for humanity is something we really can’t do for ourselves. We gotta partner with nature, we gotta protect nature, we gotta get back to joining the natural world.”

I know people sometimes confuse me for Harrison Ford…we look a lot alike.

In all seriousness, what we have in common is that we agree: when it comes to protecting our environment we need to have a partner in the White House.

And the only candidate for that job is @JoeBiden. pic.twitter.com/Iy9wlzMdaW

“The founders of the Lincoln project have spent over 200 years electing Republicans. But now, they’ve sparked a nationwide movement with a singular mission: To defeat Donald Trump and Trumpism,” the group says on its website.