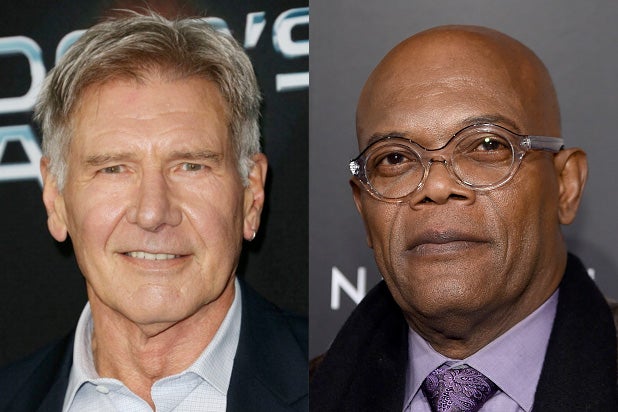 With “Star Wars: The Force Awakens” becoming the highest-grossing movie of all time at the domestic box office, Harrison Ford has just passed Samuel L. Jackson to become the top-grossing actor in domestic box office history, according to Box Office Mojo.

Ford’s 41 films have grossed $4.699 billion at the domestic box office, led by “The Force Awakens,” which accounts for $764.4 million of that figure as of Box Office Mojo’s last update.

Jackson’s films, in comparison, have grossed a mere $4.626 billion, led by Marvel’s “The Avengers” and its $623.4 million domestic haul.

The two will likely jockey for position over the next several years, as Ford has sequels to “Indiana Jones” and “Blade Runner” on the horizon, and it’s possible that he may appear in “Star Wars: Episode VIII,” as currently listed on the actor’s IMDb page.

Meanwhile, Jackson is one of the busiest actors in Hollywood, and he’ll soon be seen in “The Legend of Tarzan,” “Kong: Skull Island” and Tim Burton‘s “Miss Peregrine’s Home for Peculiar Children.”

The rest of the top 5 includes Tom Hanks ($4.334 billion), Morgan Freeman ($4.316 billion) and Eddie Murphy ($3.810 billion) — meaning three African-American actors are among the Fab Five at the domestic box office.

Also Read: Harrison Ford Explains Why Han Solo Should Have Died in 'Return of the Jedi' (Video)

A-list superstars Tom Cruise, Robert Downey Jr. and Johnny Depp follow in the sixth, seventh and eighth spots, though all are expected to pass Murphy within the next year or two.

Strangely enough, Freeman’s “The Dark Knight” co-stars Michael Caine and Gary Oldman round out the top 10, with $3.291 billion and $3.279 billion, respectively.

As for the top actress in U.S. box office history, that would be Cameron Diaz thanks to the “Shrek” franchise, the “Charlie’s Angels” movies and hit comedies such as “There’s Something About Mary,” “My Best Friend’s Wedding” and “The Mask.” She comes in at No. 15, with $3.032 billion.