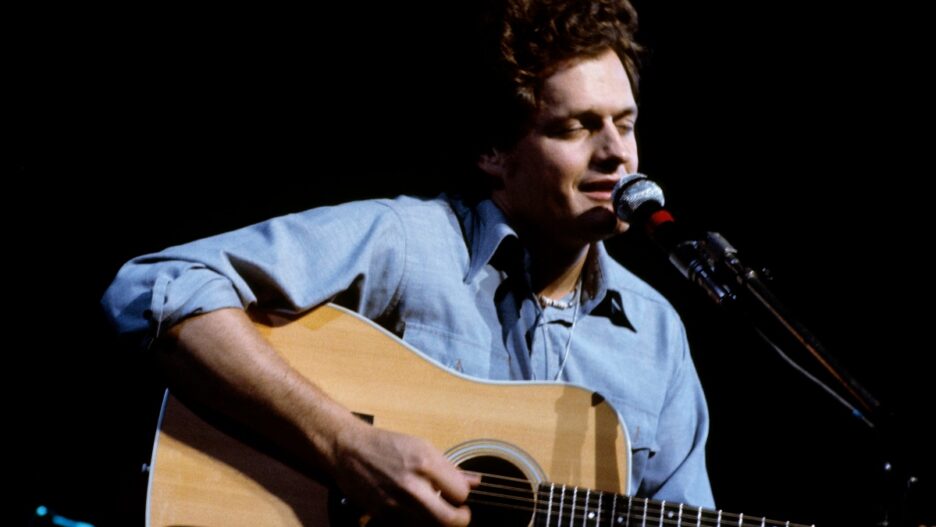 It was a typically sunny, scorching day that July 16, 1981, with temperatures hitting the mid-90s. Many in the New York City area who weren’t working were heading to the beaches of Long Island for some relief.

Shortly after 12:30 p.m., as news director of the popular and influential rock radio station WLIR, I began receiving reports of an accident and major traffic tie-up on the Long Island Expressway. I broadcast a few routine updates, then answered a phone call in the newsroom.

“I work at (Long Island newspaper) Newsday,” the voice on the other end said. “I’m listening to your reports, and I thought you should know we’re hearing someone was killed in the crash – and that it might be Harry Chapin.”

A chill went down my spine. The singer-songwriter had been a frequent presence at the station for years, initially doing concerts featuring his mega-hits such as “Taxi,” “W*O*L*D” and “Cat’s in the Cradle,” but increasingly on the air for his political and social activism. In fact, the previous year, I attended a party during the Democratic National Convention at which Harry cornered any reporter in sight to speak about ending poverty and world hunger.

I asked the caller if he had any solid information about the accident; he only knew that the victim had been pulled from a blue Volkswagen Rabbit.

I immediately called another WLIR-connected musician named Peter Masi, a close friend of Harry’s. Without telling him why, I asked what kind of car Harry drove. “A blue Volkswagen Rabbit” was the stunning reply.

Within minutes, Peter had called the Chapin home in Huntington, New York, and confirmed the tragic news. I got on the phone with Harry’s personal assistant Don Ruthig, recorded a brief conversation with him, and alerted the Associated Press. The AP issued a worldwide bulletin, I announced the tragic news to our local radio audience, and the country began mourning the 38-year-old folk/rock artist.

It was Ruthig’s birthday that day, and the Chapins had started gathering at his house for a barbecue. Harry’s 8-and-a-half-year-old son Josh was happily splashing in the pool when the mood suddenly changed. “I knew there was supposed to be a party for Don that my dad was going to attend,” Josh recalled this week, “so when you’re shuffled into a car and driven home, you know something funky has happened.”

At the Chapin home, Harry’s wife Sandy was trying to collect herself so she could break the devastating news to her five children – three from her first marriage, and Josh and his sister Jen from her marriage to Harry. After Josh arrived home, he was again taken to a car, supposedly to pick up some food. “We went to Burger King, then stopped at a 7-11,” he said. “‘Cat’s in the Cradle’ was playing on the speakers, and I again just knew that something had happened.” When they returned to the house, he said, “My mother called me up to her bedroom, told me the news, and rubbed my back. I remember crying very intensely for a few minutes.”

Josh, of course, was not the only one shedding tears that day. Harry’s millions of fans were in shock over the loss of a beloved, charismatic performer whose music and lyrics touched their hearts, and whose non-stop, almost obsessive activism for various causes inspired a generation.

Harry had been scheduled to do a free benefit concert the night of his death – one of hundreds that he performed each year – and two months later, the outdoor theater where he would have appeared was renamed in his honor. At that event, I asked his brother, fellow musician Tom Chapin, how Harry’s humanitarian work might proceed. “There is no way to replace Harry Chapin,” Tom said. “We can’t think of stepping into his shoes, because he filled them greater than any of us could have.” But the best tribute to Harry, Tom suggested, “would be to fill our own shoes a bit fuller, by getting involved.”

Harry’s philanthropic efforts continue through his eponymous foundation and via the “WhyHunger” organization, which Harry co-founded in 1975 as “World Hunger Year.” His widow and children remain involved in the causes for which he fought, and in 1987, Harry was posthumously awarded the Congressional Gold Medal of Honor.

Although “Cat’s in the Cradle” is a heartbreaking song about a father and son who never have enough time for each other – and Harry referred to Josh as his “Cat’s in the Cradle son” — the lyrics actually began as a poem written by Sandy Chapin about her first husband and his troubled relationship with his father.

Josh Chapin – who became a father himself for the first time last year with the birth of his daughter — never experienced any such ambivalent feelings as a child. Despite Harry’s performing schedule, “I don’t ever remember thinking, ‘Where’s my dad?’  When he was present, he was such a life force, and just made you feel that something exciting was happening. I don’t remember any moment when he was half-checked out. He just made you feel happy to be around him.”

“I have a weird relationship with ‘Cat’s,’” Josh continued, “because it wasn’t about me.” Not so with “Dancin’ Boy,” a catchy, heartfelt tune that Josh says he “knew was all mine.” Harry expresses his love for his then-4-year-old boy, singing, “I’m so proud when you are with me, that my heart digs in my throat. And when you stop to strut your stuff, my eyes go all afloat.”

Josh would appear onstage with his dad several times a year, usually during school breaks. One cherished memory is of the time Harry was signing records, poetry books and T-shirts for fans after a show. “They would ask me to sign the merch also,” Josh said, “and I was trying to figure out what my penmanship should look like. I saw him write a big ‘H’ and then a scribble, and a big ‘C’ and a scribble, and I started to mimic that.”

Harry, however, “saw what I was doing, and very lovingly said, ‘Hey, you turkey, you know how to write better than that. Don’t copy me!’ There are things where I remember the impression of him being a great dad, and the tone comes through, the feeling of being loved. But that one, I actually hear his voice so clearly directed at me. He was sharing a funny moment with his fans, as well as making me feel like it was a special moment between the two of us.”

In 1974, after a live concert on WLIR Radio, Harry spoke to the station about his combined role as a musician and activist. “One of the things I’m in this for is to have some moments carved in stone, in a sense – not just based on the fact that at any particular moment in musical history, this kind of sound or that kind of thing is in. I’m trying to find things that 20 years from now might still have some meaning.”

Clearly, Harry Chapin underestimated the staying power of his enduring legacy.  Forty years later, we’re still listening to his magnificent music and speaking of his monumental achievements. As Harry wrote in “All My Life’s a Circle” —  my personal favorite Chapin song —  “All my roads are bends; there’s no clear-cut beginnings, and so far no dead ends.”

BIO Steve North
Steve North is a veteran broadcast and print journalist who's worked at NBC, CBS and ABC, and is the winner of fifteen major journalism awards. His articles have appeared in dozens of publications such as Newsweek, HuffPost, The Daily Beast, Salon and Newsday.

Steve North is a veteran broadcast and print journalist who's worked at NBC, CBS and ABC, and is the winner of fifteen major journalism awards. His articles have appeared in dozens of publications such as Newsweek, HuffPost, The Daily Beast, Salon and Newsday.