Piers Morgan still can’t help but discuss Meghan Markle and Prince Harry, even while reporting live from Queen Elizabeth II’s funeral procession Monday. He said it particularly upset him that “the last two years of the Queen’s life were constantly having to deal with these two” after the Duke and Duchess of Sussex publicly stepped back from the royal family in January 2020, citing media harassment and racist tensions within the monarchy.

“Of course they’re not a racist family, and I think that Meghan Markle, by saying that, endorsed by Harry, managed to smear the entire royal family,” Morgan said, reporting for Fox News. “I find it quite hard to forgive that, given she did that right after Prince Philip was taken into hospital knowing that none of them were able to respond because they don’t respond to this kind of thing.” 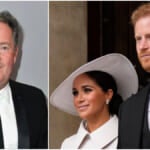 “The last two years of the queen’s life were constantly having to deal with these two going public, attacking the royal family and the monarchy, which of course is an institution which she headed and which affords them the ability to make all this money,” he continued. “So I think, you know, I find it, when I see them, particularly Meghan Markle, when I see her at all these events this week, I think a lot of British people find it very hard to stomach because they think, ‘Well, you made the Queen’s life so difficult the last two years of her life.”

Sharon Osbourne was also on the Fox News line, video-chatting in remotely. She echoed Morgan’s criticisms, emphasizing that the Queen’s final years should have been stress-free and spent with the family united.

“She should’ve just had peace — peace just to be with her family,” Osbourne said. “It just is heartbreaking.”

Elsewhere on the broadcast, Osbourne went so far as to diagnose what she sees as Prince Harry’s sadness over being apart from his family, only to return for his grandmother’s death.

“I get very sad, and part of this, my sadness, is looking at Harry looking so sad and really being where he belongs with the rest of the royal family. He’s sort of made himself the black sheep,” she said. “For me, it’s heartbreaking because he belongs beside his brother, and the country adored him. And they did Meghan, too. And I just don’t know how you give up your country for celebrity. He said he wanted an ordinary life, but he’s become a celebrity, and, you know, mixes with all the big celebrities, and it’s just such a different life. I don’t really understand it. Everything they do is talk about the royal family.” 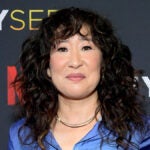 Also Read:
Why Was Sandra Oh at The Queen’s Funeral?

Morgan said that he understands the Duke of Sussex’s behavior as retribution for the royal family’s — and specifically the newly crowned Queen Consort of the United Kingdom, Camilla Bowles’ — treatment of his late mother, Princess Diana.

“I’m told, Sharon, that part of it is an attack on Camilla, who, of course, is his father’s wife who Harry still blames for the breakup of his parents’ marriage. You and I know it was a lot more complicated than that, that Diana was a complicated person; it wasn’t as straightforward as it seemed. It wasn’t like one side was perfect and the other side were the devils. I think Harry was too young to understand all that and he still feels that he’s got to settle scores for his mother,” Morgan said. “I don’t think his mother would’ve wanted him to do this. His mother never attacked the monarchy. She never did. She had issues with certain parts of her life, but she never attacked the institution.”

“I think the problem with Prince Harry is that the more he attacks the monarchy, the more estranged he’ll become from the Royal Family,” Morgan said. “It’s the law of diminishing returns, isn’t it? The more that they continue to attack their family, both of them, the less interesting it becomes. We get it, you hate your family. Get over it. You left the country for freedom of privacy and all you ever do is invade your own privacy on national TV in interviews.”

Watch the full Fox News segment from Queen Elizabeth II’s funeral in the video above. 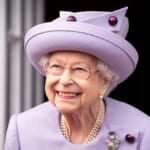