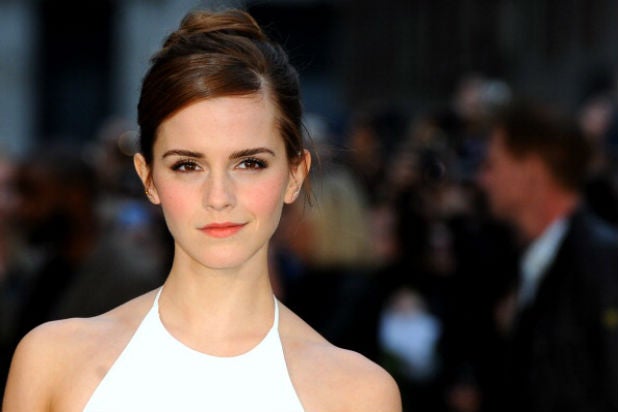 Emma Watson found magic in the air when she visited Noma Dumezweni, the actress who will play Hermione Granger in the stage play “Harry Potter and the Cursed Child.”

“Meeting Noma and seeing her on stage was like meeting my older self and have her tell me everything was going to be alright, which as you can imagine was immensely comforting (and emotional)!” Watson wrote on Facebook. “The cast and crew welcomed me like I was family and Noma was everything I could ever hope she would be. She’s wonderful.”

Watson also gave the play a very positive review. “Some things about the play were, I think, possibly even more beautiful than the films,” she said. “Having seen it I felt more connected to Hermione and the stories than I have since Deathly Hallows came out, which was such a gift.”

Watson played Hermione in all eight of the “Harry Potter” films, beginning with “The Sorcerer’s Stone” back in 2001 and concluding with “The Deathly Hallows Part 2” in 2011.

The play is set to open July 30 at the Palace Theatre in London, and will be broken up into two parts. Written by Jack Thorne, it’s based on a story by J.K. Rowling about Potter in adulthood.

The plot revolves around older Harry, who is now an “overworked employee of the Ministry of Magic, a husband and father of three school-age children.” Harry’s son, Albus, never wanted to inherit his family’s legacy as he and his dad are confronted with darkness from unexpected places.

And fans that can’t afford airfare across the pond, but are eager for a new Harry Potter story will soon be able to enjoy it on paper. Rowling announced back in February that the script for “Cursed Child” is going to go on sale in book form on July 31 this year, which happens to be Harry’s birthday.