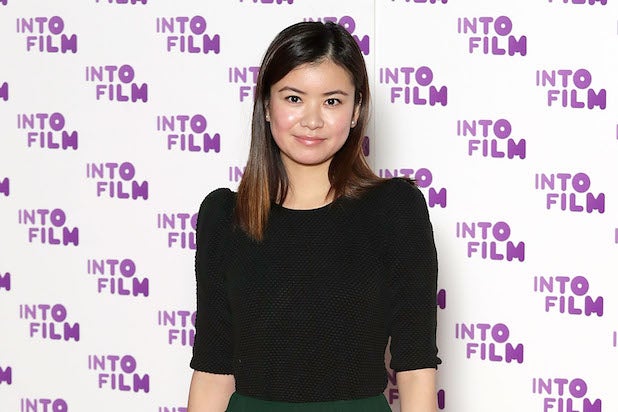 “Harry Potter” actress Katie Leung, the Chinese and Scottish actress who portrayed Harry’s girlfriend Cho Chang in the films, says she had seen racist attacks on her casting online, and that publicists had told her to deny she had seen them.

In a new podcast called “Chinese Chippy Girl,” Leung explained the swarm of media attention she got when news of her casting as Cho Chang first leaked. But Leung also spotted Harry Potter fan sites where people were lining up to slam her casting in the film.

“I remember reading all the comments. And yeah, it was a lot of racist s—,” Leung said. “Somebody had actually created a website, a hate site. Like if you disagree with this casting, then click on this button. It would just be a count of how many different people disagreed with the casting.”

Leung said she didn’t receive media or interview training prior to being the attention of journalists, and when she brought up concerns that there were offensive comments on her online, she says she was asked to deny anything was wrong.

“I remember them saying to me, look Katie, we haven’t seen these websites that people are talking about, and if you get asked, then just say it’s not true. Say it’s not happening,” she said. “I just nodded my head, okay, okay, even though I’ve seen it myself with my own eyes. Yeah, I’ll just say everything’s great. And of course I was grateful. I was really very f—ing grateful that I was in the position I was in. But that, it wasn’t great actually. I just keep saying, I wish I had maybe said something, but you can’t do that.”

Leung took the part of Cho Chang when she was 16, and she said the pressure was doubly compounded because Cho as described in J.K. Rowling’s Harry Potter books is meant to be “popular” and “pretty.”

“I’m 16, I’m a teenager, I care what people think as it is in school, never mind what the whole world thinks,” Leung said. “And suddenly you’re trying to be pretty and popular to the rest of the frickin world. So there was a lot of pressure there. But I was so caught up in caring what people thought of me.”

Leung also said she feared that paparazzi could be waiting to photograph her from a bush or that intense fans could be using binoculars to spy on her from afar. And though she got a lot of support from fans as well, Leung says it was hard to stay positive.

“I just broke down. I just started crying. I don’t know, it just really affected me, really badly,” she said. “And then the hate stuff. There were so many lovely people. I got a lot of fan mail as well. It’s one of those things where you forget all the positive things people say to you and you just really focus on the negative.”

Katie Leung first joined the “Harry Potter” cast for the fourth film “Harry Potter and the Goblet of Fire” from 2005. She most recently starred in the HBO Max film “Locked Down.” Check out her full interview here.