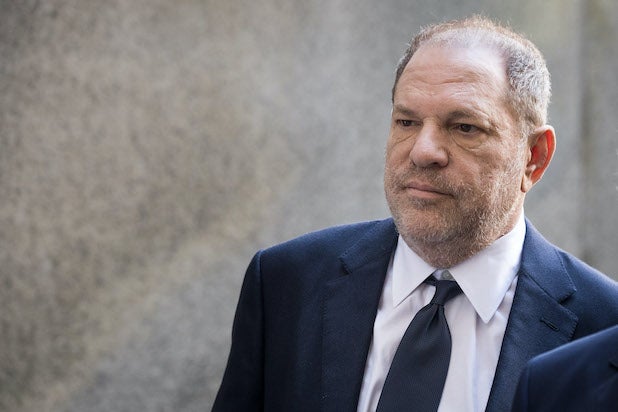 “Harvey says that there is absolutely nothing factual about that account and he never did anything of the sort,” a representative for Weinstein told TheWrap.

NBC executives have been facing criticism this week following the release of key revelations from Farrow’s upcoming book, “Catch and Kill,” which will be released next Tuesday. The book, in part, details how Farrow’s investigation into Weinstein was hindered at NBC News, how Weinstein may have pressured NBC executives to kill Farrow’s story by threatening to reveal accusations against former “Today” show host Matt Lauer, and also includes a new allegation that Lauer had raped a colleague in 2014 at the Sochi Olympics. (Lauer has denied that the encounter was non-consensual.)

“Weinstein made it known to the network that he was aware of Lauer’s behavior and capable of revealing it,” Farrow writes in the book, according to passages published in The Hollywood Reporter on Wednesday. And speaking with sources from NBC and AMI, the publisher for the National Enquirer, Farrow reports in his book that Weinstein was planning on using the Enquirer’s findings on Lauer’s workplace conduct to threaten NBC.

NBC has denied that AMI contacted the network to threaten them over Farrow’s reporting.

And in a memo sent to NBC staffers on Wednesday, NBC News and MSNBC chairman Andy Lack denied the suggestion that NBC executives knew about the rape accusation and attempted to cover it up, or that the network had also been covering for Weinstein by preventing Farrow from publishing his findings.

“Any suggestion that we knew prior to that evening or tried to cover up any aspect of Lauer’s conduct is absolutely false and offensive,” Lack wrote before reiterating the network’s decision not to run Farrow’s piece because it did not meet NBC’s standards for publication or broadcast.

But on Thursday during a morning meeting, NBC News president Noah Oppenheim had fielded critical questions from staffers about the extent to which NBC executives were aware of the rape accusation made against Lauer before he was fired. (Lauer was fired by NBC in Nov. 2017 following an internal review of sexual misconduct, the findings of which were released in May 2018.)