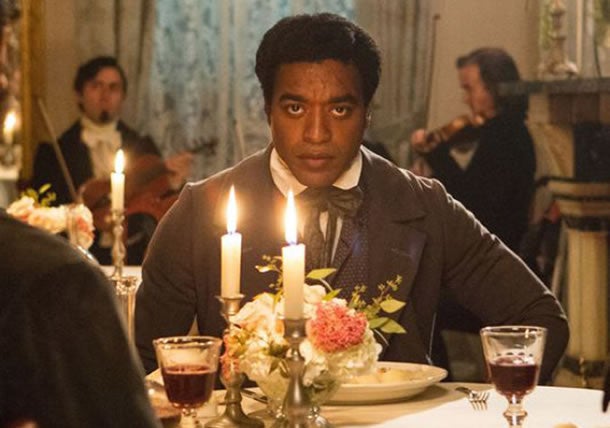 He added: “Hopefully it signals, with President Obama, a renaissance. He’s erasing racial lines. It is the Obama effect. It’s a better country. What a great thing.”

It is indeed impossible not to notice the number of African-American stories that are poised to dominate the serious movie season and the awards race that will follow.

That includes the brutal slave drama that some are already calling the likeliest movie to take an Oscar, “12 Years a Slave,” directed by McQueen and being released by Weinstein’s competitor, Fox Searchlight. That movie tells the true story of a free black man captured and forced into slavery.

Weinstein has three other movies telling black stories this year, “Fruitvale,” about a young black man shot needlessly by police on New Year’s Eve in Oakland, Calif.; “Mandela,” about the South African liberation leader; and “The Butler,” the drama about an African-American who served several presidents in the White House.

All of those make for a remarkable number of high profile movies about the black experience, after decades in Hollywood where that has been the exception, not the rule. “The Butler,” starring Forrest Whitaker and Oprah Winfrey, has already been a relatively huge box office hit, taking in $91 million domestically.

Is there something in the zeitgeist, TheWrap asked Weinstein at the after-party of his movie, “August Osage County,” that is propelling these projects?

“We didn’t do it because of a cultural shift, we did it because we believed that these kinds of stories – it was the right time,” he said.