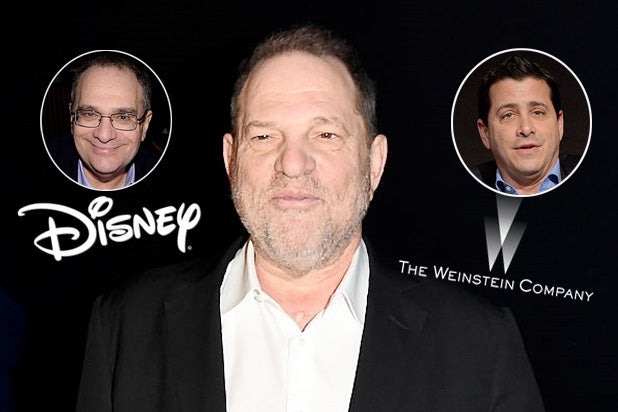 It’s day five of the Harvey Weinstein scandal and we know a whole lot more than we did a week ago.

With the explosive allegations of rape and serial assault and harassment from The New Yorker, we know a great deal: Three rape allegations, more than a dozen stories of sexual harassment and assault — and more coming out by the minute, it seems.

But there remains a great deal that we do not know.

The questions that remain to be answered will spell the future for The Weinstein Company and its viability, those who surrounded the mogul and of course Harvey Weinstein himself.

Here are the major questions that still need to be addressed:

1. What did Bob Weinstein know and when did he know it?

Harvey’s younger brother and co-chairman has been by his side since they started Miramax in 1979.

Ronan Farrow, author of The New Yorker exposé, and others insist he must have known about his brother’s lewd conduct. That’s not necessarily clear at this point, and Bob should clarify it.

2. What did TWC COO and president David Glasser know and when did he know it?

The same applies to Weinstein’s deputy, David Glasser, who has been by his side since 2008 with the exception of a brief break during a dispute over the renewal of his contract.

Glasser is the likely choice to be named CEO of TWC — or whatever post-Weinstein name the company finds for itself — but this becomes more complicated with a cloud hanging over his head.

He needs to find a way to dispel any sense that he had knowledge of Harvey’s inappropriate conduct happening right under his nose. According to one company insider, Glasser has insisted that he knew nothing beyond Weinstein’s tumultuous temper, penchant for verbal abuse and extramarital forays — rather than harassment, and worse, of employees or actors.

3. What did the board of directors know and when did they know it?

Four of the company’s nine directors resigned last week and have not given any explanation for doing so. (Harvey Weinstein lost his seat on the board when he was fired on Sunday.)

They may have been disgusted with Weinstein, or exasperated by his attempts to dictate the terms of his departure, but in the end they had the power to fire him. Are they worried about criminal or civil liability?

4. What did the Walt Disney Company know?

The publicly traded conglomerate was the parent company of Weinstein’s previous enterprise, Miramax, when most of the known settlements to female accusers appear to have been paid out.

According to multiple individuals knowledgeable about the company, there was little fiscal discipline around Harvey and Bob’s spending during Miramax’s Disney era, so is the entertainment giant so very sure that no hush money was spent from its coffers?

Also Read: The 'Darth Vader' Strategy: How the Weinstein Co. Can Defend Against Harvey's Fallout

5. Who handled the payouts?

Suspicion and rumors are flying around that some former Miramax executives might have been privy to payouts. This information, however legal the payout, could leave a tarnish on reputations.

Last Thursday’s New York Times story reported that Steve Hutensky, one of Miramax’s entertainment lawyers, was sent to London to negotiate a settlement with a former employee named Zelda Perkins over a 1998 incident. Hutensky, who declined to comment to the Times, is now a producer with two films in postproduction.

6. Where did the payout money come from?

Insiders at TWC insist that the money for settlements did not come from the company and that annual audits by Ernst & Young would make that impossible.

But that may not be the case when Weinstein worked at Miramax, which was a division of Disney beginning in 1993 (the brothers left in 2005).

7. Will there be criminal charges?

Harvey has hired a criminal lawyer, and the board issued a statement Tuesday night saying it would cooperate with any criminal investigation. Sounds like police involvement is not out of the question.

8. How many settlements were there, really?

According to an individual with knowledge of the situation, Weinstein’s lawyer told the board last week — just before the New York Times story broke — that there were between “eight to 12” settlements to women.

Which means that company insiders think there’s probably more than that.

9. And finally: How many victims were there really?

It seems like the number of women who feel that Weinstein either assaulted or harassed them increases by the hour, not the day.

The numbers could be huge, and we may never indeed know how many lives he touched in an unwanted and destructive way.