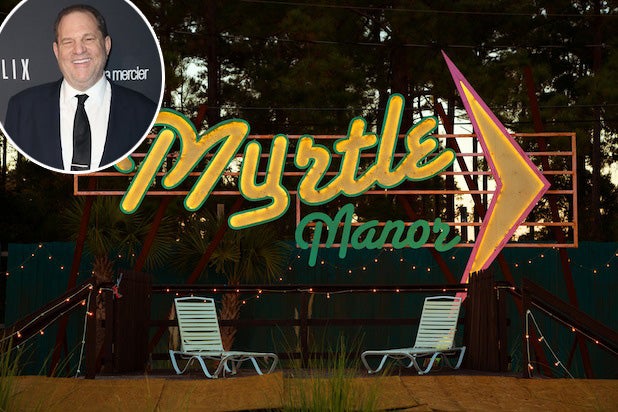 On the heels of The Weinstein Company’s Oscar nominations for “Philomena” and “August: Osage County,” Harvey Weinstein is also looking to the company’s small screen successes and betting big on the company’s TLC show, “Trailer Park: Welcome to Myrtle Manor.”

“I think people have loved our characters,” The Weinstein Company founder and co-chairman told TheWrap. “[‘Trailer Park’ is] really a fun, crazy family show. I think given the time it could be in the ‘Duck Dynasty’ range. A couple seasons more of people talking about it, I really think it has that kind of potential.”

On Thursday, TWC ran full-page advertisements in the New York Times, Los Angeles Times and USA Today. Amid all the films and TV TWC produces, why give “Trailer Park” all this attention? The company has identified the show as its next possible franchise, much like what it has done for its shows “Project Runway” on Lifetime and VH1’s “Mob Wives.”

“We really want to get to the numbers that really warrant a spinoff show,” Weinstein said. “There’s some amazing stuff in California. If we were really targeting the next place, it would probably be Los Angeles. There’s some incredible parks up there. I mean some of them feel like Beverly Hills.”

“I think a more sophisticated audience appreciated the comedy of it all,” Weinstein explained. “And then there were just people that identify with these people. In a way, they’re making their way through. No one wants to be snobbish about it. It’s funny everyday life, it’s the battles we all face.”

Aside from a continuation of its ongoing relationships and romances on Season 1, Season 2 features the Myrtle Park residents in a war against a rival trailer park.

“The owner of the park, her goal was always to make the first five star trailer park in the United States, which she achieved,” TWC’s senior vice president of television, Patrick Reardon, told TheWrap. “That, of course, brought her a lot of attention in the area. So, naturally the rivalry sprung up between this rival trailer park.”

“They made the claim that they were in fact the best trailer park in Myrtle Beach,” he continued. “It was a story we identified in pre-production. It was just great to see the members of our park rally together, stake their claim and put the flag in the ground and say, ‘We’re the best.’ And it just turned into a really great rivalry between the two parks all season long.”

Weinstein added, “These people over the first season became a family. And now we’re going to watch what happens to that family and we’re going to unite this family.”

TLC has done its bit to help in getting “Trailer Park” the viewers TWC desires by scheduling it at 10/9c on Thursday nights — right after its hit “Here Comes Honey Boo Boo” series.

Watch a sneak peek at Thursday’s premiere episode below: