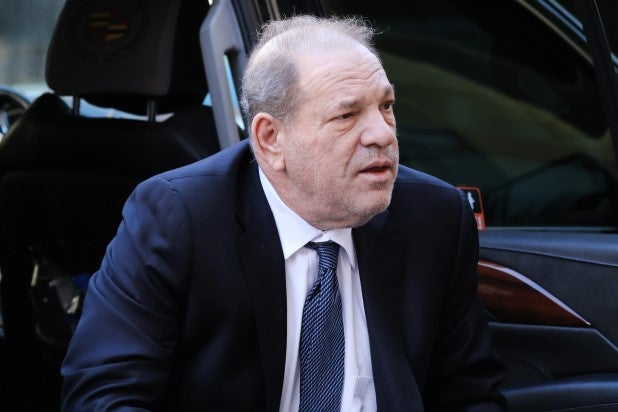 Legal experts monitoring Harvey Weinstein’s trial believe the jury’s latest note on Friday suggests the panel is deadlocked on the most serious charges, predatory sexual assault, but unanimous on guilty verdicts for the rape and criminal sexual act counts against the disgraced mogul.

“This is all very bad news for Weinstein and his defense team — and it could potentially get much worse,” Neama Rahmani, a former federal prosecutor who now runs West Coast Trial Lawyers, told TheWrap. “The prosecution has to be pretty giddy right now.”

There are, however, several caveats when interpreting or speculating on how the jury could be deliberating based on that note, lawyers who spoke with TheWrap cautioned.

“We don’t know what goes on in the jury room, we don’t know whether they’re understanding the directions, we don’t know the order which they took the charges,” Deborah Tuerkheimer, a former assistant district attorney in the Manhattan D.A.’s office, told TheWrap. “We will not know how this ends until it ends.”

But with that in mind, the note, which said, “We the jury request to understand if we can be hung on [counts] 1 and/or 3 but unanimous on the others,” could offer a window into how far the jury has come over the past four days of deliberations.

Weinstein, who has pleaded not guilty, faces five charges:

If the jury finds Weinstein guilty of count three, predatory sexual assault (pertaining to Mann and Sciorra), then the jurors must disregard counts four and five, the two rape charges connected to Mann’s account. But if the jury finds Weinstein not guilty of the Mann/Sciorra predatory sexual assault charge because they don’t believe Mann’s account, then the jury must also find Weinstein not guilty of count four, rape in the first-degree, and move on to the fifth charge, rape in the third-degree.

Also Read: Inside the Harvey Weinstein Jury's Tricky Task and Why They Can't Find Him Guilty on All 5 Counts

Rahmani said the note could suggest the jury has “unanimously agreed to return guilty verdicts on the non-predatory counts” because they appear to be considering the predatory sexual assault charges, which require the prosecution to prove that Harvey Weinstein raped at least two people.

“If the jurors were unanimous that … the Haley and the Mann rapes didn’t happen, then, by definition, there can be no predatory sexual assault,” Rahmani said. But because the note suggests that they may have come to a unanimous decision on the individual Haley and Mann charges, Rahmani said “it sounds like some jurors are uncertain or on the fence or ‘not guilty’ votes when it comes to [Sciorra’s] specific sexual assault.”

Given that the prosecution requested on Friday afternoon that the jury go back and continue deliberating, Rahmani said they’re likely wanting to “go for the home run” and get guilty verdicts on the two predatory sexual assault charges, which hold the possibility of life sentences.

Douglas Wigdor, who represents one of the “prior bad acts” witnesses in the trial, also agreed.

“The last jury note indicates that the jury has found #HarveyWeinstein guilty of at least rape first degree (Mann) or criminal sex act first degree (Haley), both B felonies,” Wigdor tweeted on Friday afternoon. “The note suggests that the jury does believe either Mann or Haley (or both). But they need to also believe Sciorra in order to come to a guilty verdict on either count of predatory sexual assault, which carries a max sentence of life in prison.”

But the “reasonable interpretation,” according to criminal defense attorney Mark Geragos, is that “they’re probably unanimous on conviction.”

“If I’m the defense lawyer in this case, this is not a good thing,” Geragos told TheWrap. “If I was on Harvey’s defense team? I’d be preparing the appeal.”