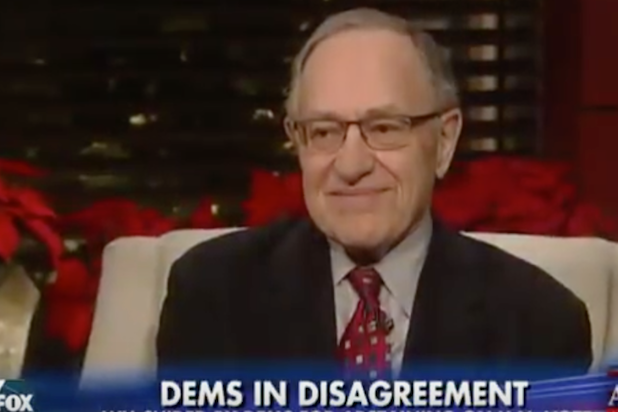 Harvard law professor and political commentator Alan Dershowitz has joined Harvey Weinstein’s legal team as a consultant in a case involving the disgraced mogul’s lawsuit against The Weinstein Company, according to court documents obtained by TheWrap.

Weinstein has sued to obtain old emails he sent before he was fired last October as CEO of The Weinstein Company, saying that the emails will “exonerate himself.”

The mogul has repeatedly denied that he ever engaged in nonconsensual sex.

In a declaration filed in Delaware on Thursday, Dershowitz announced that he would be serving as a consultant to Weinstein’s lawyer, Benjamin Brafman, and that he is willing to provide a memorandum in support of Weinstein and his legal team receiving access to his TWC emails.

“On information and belief, it is my professional opinion that Mr. Brafman has the right to see and review these emails in order to prepare his constitutionally-mandated role as counsel to Mr. Weinstein,” Dershowitz said. “…these emails contain information which is exculpatory of Mr. Brafman’s client and places the allegations against him in a truthful context.”

Last month, CNN reported that Dershowitz was invited to the White House to meet with President Donald Trump.

When asked by the Boston Globe if he would join Trump’s legal team, Dershowitz said he wasn’t interested.