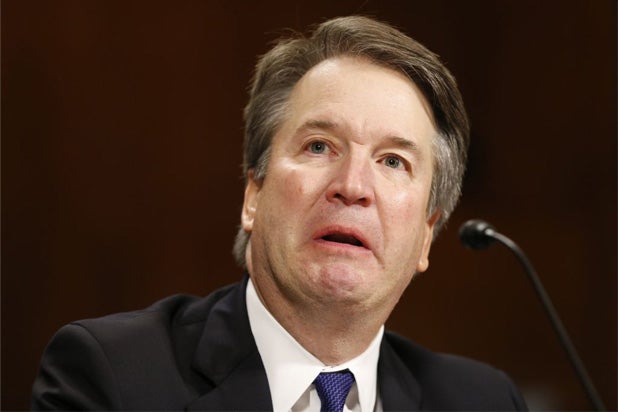 Many critics of Brett Kavanaugh have said that, if he is confirmed as the ninth justice of the Supreme Court, his openly partisan statements during his testimony before the Senate Judicial Committee and the accusations of sexual assault against him should be considered grounds for possible impeachment.

In a U.S. Senate vote of 50-48 (mostly along party lines), Saturday Kavanaugh was confirmed to fill the Supreme Court seat vacated by Justice Anthony Kennedy, who retired on July 31. Shortly thereafter, President Trump tweeted, “Later today, I will sign his Commission of Appointment, and he will be officially sworn in.” But assuming Democrats decide to put their money where Kavanaugh critics’ mouths are, how likely is it that impeachment will happen?

The truth is, not very. In fact, in the entire history of the U.S. Supreme Court only one justice has ever actually been impeached: Samuel Chase, in 1805.

The constitution does allow elected or civil officials to be impeached on grounds of “Treason, Bribery, or other high Crimes and Misdemeanors.” But the barriers to actually bringing impeachment charges forward, much less securing a conviction (remember, impeachment is just another way of saying someone has been charged with a crime) are high. And those barriers came into play in the case of Chase.

Chase was appointed to the court in 1796 and during his early years as an associate justice developed reputation for open partisanship in favor of the Federalist Party, and specifically the policies of President John Adams. This put Chase in direct opposition to the executive branch after Thomas Jefferson, whose Democratic-Republican party bitterly opposed the Federalists, was elected president in 1800.

Jefferson already disliked Chase for openly political statements he often made while presiding over lower court cases. (Until the late 1800s, Supreme Court justices also served as lower court judges.) But things worsened after Chase, according to the Federal Judiciary Center, went so far as to open a grand jury charge in a U.S. circuit court that ardently criticized a law passed by the Democratic-Republican-controlled congress.

Also Read: Lady Gaga Calls Kavanaugh Debate 'One of the Most Upsetting Things I Have Ever Witnessed' (Videos)

Jefferson seized on those statements as evidence of Chase’s inappropriate political bias and his allies in the House of Representatives agreed. Chase was eventually served with eight articles of impeachment, one related to his grand jury charge and the other seven focused on alleged improper behavior when he resided over in lower court cases.

Chase was tried in the Senate for 22 days. But, before you start drawing possible examples for the present day — think again. On March 1, 1805, he was acquitted. He would serve on the Supreme Court for the rest of his life, dying in 1811 after 25 years on the bench.

Impeachment is a tough process. First, the House Judiciary Committee must conduct an investigation and recommend charges. Second, a majority of the House Judiciary Committee must approve articles of impeachment, which then would face a vote by the full House membership. Next up would be the trial in the Senate where a two-thirds majority vote is needed to convict. Only then would the official in question be dismissed from office (and possibly be forbidden from holding a position in government in the future).

If Democrats decide they want to make Kavanaugh the second-ever SCOTUS justice to be impeached, they’ll find it much harder going than it was in Jefferson’s day. His Democratic-Republicans enjoyed more than a two-thirds majority in the Senate and weren’t able to pull it off. Right now, Democrats control neither the house nor the Senate. And “blue wave” or not, Democrats are not expected to regain control of the Senate this year.

In other words, Kavanaugh is likely on the Supreme Court to stay.