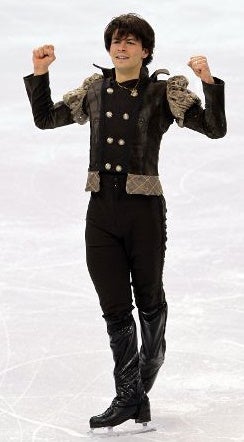 The judging will be based half on viewer voting, via www.abc.com, and half on the judges’ marks.

Ten competitors from four skating disciplines – ladies, men, pairs and dance – will be paired as five couples, none with their current partners. They will skate short programs, limited two minutes.

– Jamie Salé of Canada, 2001 World Champion, 2002 Olympic Champion as a pairs skater, and winner of the inaugural Battle of the Blades with partner Craig Simpson

Bourne will be partnered with Zimmerman, Dubreuil with Weiss, Salé with Lauzon, Berezhnaya with Pelletier and Arakawa with Lambiel.

“In the Olympic Games, there are more than 300 pages of rules and regulations. In ‘Thin Ice,’ the entire judging criteria are summarized in two words — entertain us," said executive producer Terry O’Neil in a statement.