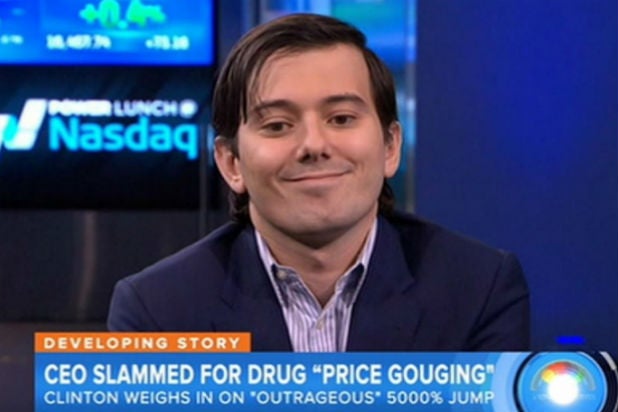 Break out the microscope and find that tiny, tiny violin; Martin Shkreli has more legal troubles.

Shkreli, who earned widespread public scorn for hiking up the price of life-saving HIV medication and was arrested in December on fraud charges, is now being sued over the one-of-a-kind Wu-Tang Clan album he bought for $2 million.

The lawsuit was filed Tuesday by artist Jason Koza, who claims that portraits he created of Wu-Tang Clan members were used in a book that accompanied the album without his permission.

Koza said he submitted the portraits to the website WuDisciples.blogspot.com, but never licensed them for use with the album, titled “Once Upon a Time in Shaolin.”

To make matters worse, Koza says, pictures of three of his portraits were published in a Vice.com article.