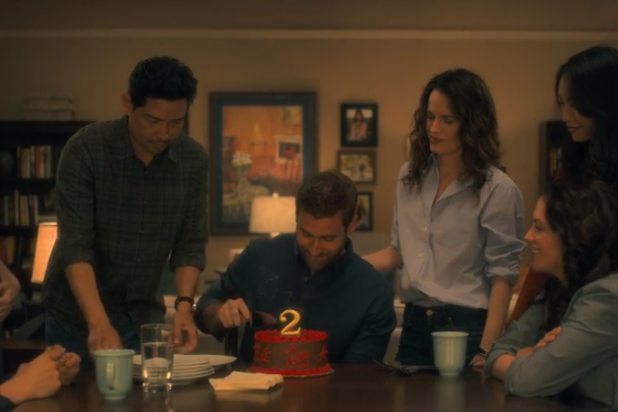 (Warning: This post contains spoilers for the ending of Netflix’s “The Haunting of Hill House.”)

You can calm down, “The Haunting of Hill House” fans, because series creator and director Mike Flanagan is here to assure you that, yes, the Netflix drama’s story of the Crain family came to a close exactly the way it looks like it did.

“I’ve said a lot about the ending, and I’m reluctant to say more. I like that people are able to put their own spin on things, so I’m not eager to take that away from them,” Flanagan told TVLine in an interview published Tuesday. “In this case, though, the ending can be read at face value.”

Also Read: 'Haunting of Hill House': Oliver Jackson-Cohen Points to Red Room Clue That Hints Crains Never Made It Out

Flanagan is referencing — among other fan theories — the Easter egg that “Haunting of Hill House” star Oliver Jackson-Cohen pointed out in an interview with TheWrap earlier this month, which indicates Luke (played by Jackson-Cohen) and his (remaining living) siblings — Steve (Michiel Huisman), Shirley (Elizabeth Reaser) and Theo (Kate Siegel) — are still trapped inside Hill House’s Red Room. (It’s a little complicated, so you can read it in full here.)

“If they’re still in the Red Room, it robs Hugh’s sacrifice [and the show itself] of any meaning,” Flanagan told TVLine. “For me, it ends exactly as it appears to.”

The director added he’s “tickled” to find out some “Hill House” fans see that ending — which he assures you is the ending — “uplifting.”

“Hugh is dead, Nell is dead, Olivia is still dead,” Flanagan says. “I always looked at it as just having a hint of peace, just a glimpse into the fact that life goes on, and there’s some acceptance for the surviving characters. Acceptance, peace and a little forgiveness doesn’t lessen the loss they experience in that episode; it only shows that life has a way of going on, and that these characters are finally accepting of that.”

“Haunting of Hill House” is currently available for streaming on Netflix.