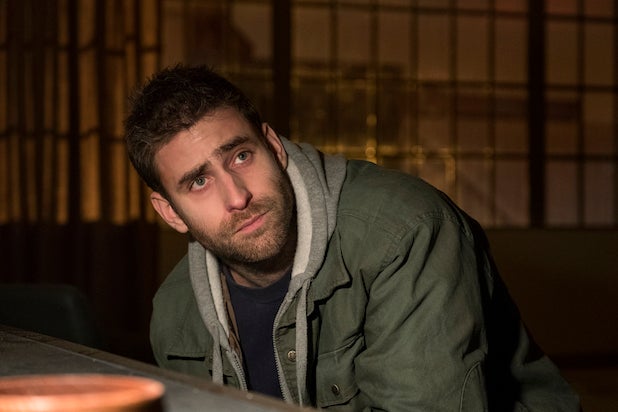 “The Haunting of Hill House” star Oliver Jackson-Cohen could tell you if he’s signed on for Season 2 of the Netflix horror anthology, this time dubbed “The Haunting of Bly Manor” — but then he’d have to kill you. Actually, Netflix might kill him first.

“I will get shot if I ever answer that question (laughs),” Jackson-Cohen told TheWrap, when we asked if he’d joined the cast of “Bly Manor.”

“I would love to answer that question,” he continued. “All I can say is that ‘Bly Manor’ is going to be incredible. It’s a very, very exciting story, from what I’ve heard.”

Also Read: Netflix Sets Title for 'Haunting of Hill House' Season 2 - Which Is Definitely Not About Hill House (Video)

The second chapter of the Mike Flanagan-created series will feature “a new story with all new characters,” and will have “no connection” to “Hill House.”

The story follows the events that transpired during the one summer the Crains lived in the eponymous haunted home and their lives decades after leaving due to a tragic incident.

Now called “The Haunting,” the series was turned into an anthology and renewed for a second season back in February, as part of a multi-year overall TV deal with Flanagan and executive producer Trevor Macy. The day that news broke, Netflix revealed “The Haunting of Bly Manor” was the title of Season 2, which would be based on Henry James’ horror novella, “The Turn of the Screw.”

Also Read: 'Haunting of Hill House' Renewed for Season 2 by Netflix - With New Story and Characters

Though Jackson-Cohen can’t tell us if he’s been asked to come back to play a new character on “Bly Manor,” he said he would “100 percent” join up if the request is made.

“I feel like working with Mike and Trevor and all of our crew, the writers, was just so special,” Jackson-Cohen said. “And Netflix had been so incredible, Paramount, Amblin, all of the people behind it. It was such a dream. And I think, as well, working with someone like Mike who writes these characters that are so much more — there’s so many dimensions to these characters that he writes that I think anyone would love to work with a writer like that. So I would 100 percent love to do it.”

“Haunting of Hill House” is streaming now on Netflix.