And yes, as part of that pact, the service has renewed Flanagan and Macy’s horror series — now labeled an “anthology” — for a second season. But “The Haunting’s” return doesn’t equal the Crain family’s return.

Per Netflix, “Flanagan and Macy will develop and produce new series exclusively for Netflix, including an all-new chapter in ‘The Haunting’ anthology, with the next installment chronicling a new story with all new characters.”

We can’t say Flanagan didn’t totally warn you this would be the case for Season 2 — which does not yet have a launch date — seeing as he definitely flat out said the Crains’ story was over, even if the show was renewed. Oh, and even though star Oliver Jackson-Cohen gave TheWrap reason to believe otherwise. 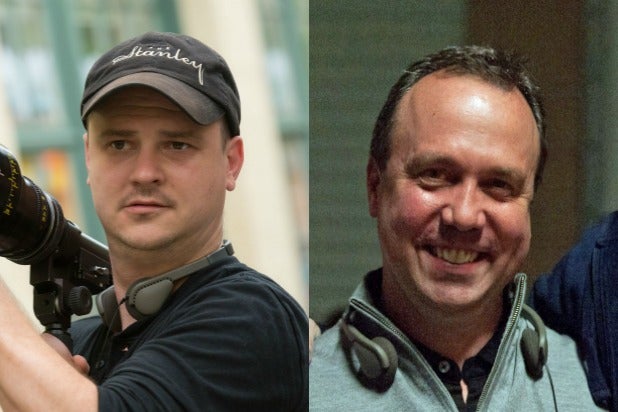 Aside from “The Haunting of Hill House,” Flanagan and Macy’s partnership has produced six movies over the last seven years, under Macy’s Intrepid Pictures banner, including “Oculus,” “Hush,” and Netflix’s “Gerald’s Game.” Intrepid will continue to produce both television and features amid Macy and Flanagan’s new Netflix deal.

“Mike Flanagan and Trevor Macy are masterful at creating authentically frightening stories that leave audiences on the edge of their seats, but unable to look away,” Netflix’s vice president of original content Cindy Holland said. “We’re excited to continue our partnership with them on ‘The Haunting’ series and future projects to come.”

Also Read: 'Haunting of Hill House': Oliver Jackson-Cohen Points to Red Room Clue That Hints Crains Never Made It Out

“Netflix has been an important part of our story, and we’re proud to have worked with them on ‘The Haunting of Hill House,’ not to mention ‘Gerald’s Game,’ ‘Hush,’ and ‘Before I Wake,'” Flanagan and Macy said. “They’ve enabled and supported a great deal of our work and we look forward to much more.”

Flanagan and Macy are currently in post-production on “Doctor Sleep,” Warner Bros’ feature adaptation of Stephen King’s 2013 follow-up to his iconic novel “The Shining,” starring Ewan McGregor and Rebecca Ferguson. Flanagan directed and penned the adaptation, while Macy produced with Jon Berg. The film is set for a November 8, 2019 release.