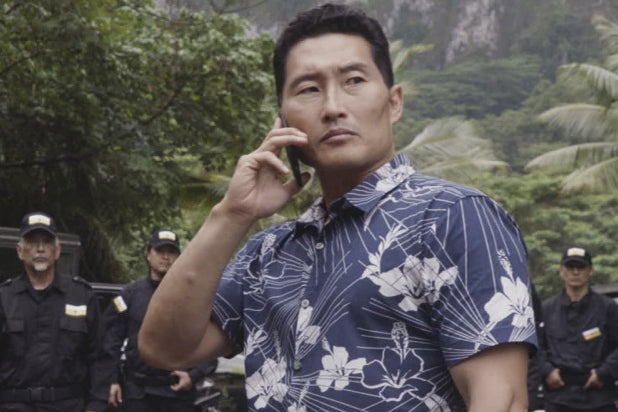 In case your epic Fourth of July hangover is finally just fading now, we regret to inform you that Daniel Dae Kim and Grace Park have left CBS’ “Hawaii Five-0” over a question of compensation.

The actors, who have co-starred throughout the show’s seven-year run, were unhappy with contract negotiations. Scott Caan and Alex O’Loughlin, the other two leads, will remain with the program.

How will “Hawaii Five-0” fare without Kim and Park? Considering their Chin Ho Kelly and Kono Kalakaua are key characters and fan-favorites, and that public perception over the salary issues hasn’t been particularly great for CBS, the show likely won’t grow in Season 8.

Then again, how many shows of that age still increase year over year? Well, “Hawaii Five-0” actually pulled exactly that off this past season.

In 2014-15, the Friday series averaged a 2.0 rating in the key 18-49 demographic and 12.399 million total viewers, including one-week’s worth of catch-up tune-in. The next year, “Hawaii Five-0” had slipped to a 1.7 and 11.132 million overall audience members. That’s not particularly unusual. What is strange is what happened last year, when the CBS drama rose to a 1.8 and 12.160 million viewers per episode, on-average.

Prior to the retooling of the Richard Dean Anderson ’80s show, “Hawaii Five-0” followed either the fading “Amazing Race” or “Undercover Boss.” Last fall, it got a an upgrade in both compatibility and quality, constructed from a paperclip, lightbulb and some bubblegum.

Unfortunately, “MacGyver” is unlikely to grow from its own freshman year to sophomore year, so the automatic uptick for CBS’ 9 p.m. hour is probably already over. In other words, “Hawaii Five-0’s” best days are definitely behind it. Take a look at what those looked like below.

CBS had said in a statement on Wednesday that it offered “large and significant salary increases” to Kim and Park in an attempt to retain the two cast members.

Kim’s goodbye message in a social media post earlier this week suggested that he felt that white actors — including O’Loughlin (McGarrett) and Caan (Danno), who are both staying with the series — get a fairer shake than he and Park did. “The path to equality is rarely easy,” Kim wrote.