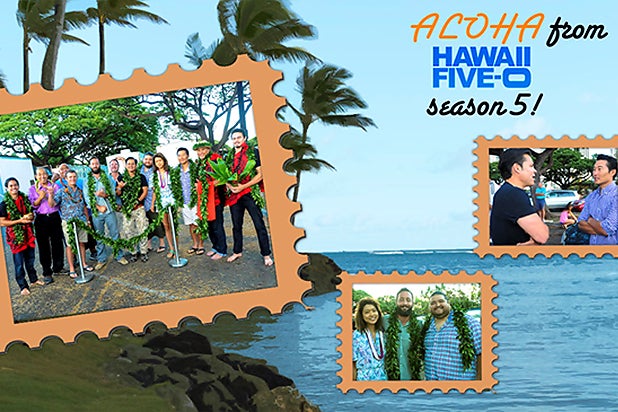 The cast and crew of CBS’ “Hawaii Five-0” are back in production on season 5 and kicked things off with a traditional Hawaiian blessing in honor of its host Hawaiian culture, while on location in Waikiki.

Series stars Alex O’Loughlin (sporting quite the beard), Daniel Dae Kim, Grace Park, Jorge Garcia, Taylor Wiley, Dennis Chun and Al Harrington, as well as the producers and the entire crew all participated in the ceremony, which was officiated by Kauila Kawelo Barber — the show’s Hawaiian language and protocol advisor.