The world is about to learn much more about Hazel Drew, the 20-year-old whose death in 1908 inspired Laura Palmer’s demise on “Twin Peaks.”

Drew is the subject of an upcoming mulitmedia project from Metabook, “Blonde, Beautiful and Dead.” Metabook creative director Benjamin Alfonsi talked about it in the latest “Shoot This Now” podcast, which you can listen to on Apple or above or right here.

“Twin Peaks” is most often linked to David Lynch, but it was the show’s co-creator, Mark Frost, who felt a personal connection to Drew, Alfonsi explained.

Frost’s grandmother, Betty Calhoun, used to tell him stories about Drew, who was found dead in the waters of Teal’s Pond in Sand Lake, a small community in upstate New York. Like Laura Palmer, she was said to have a double life that included multiple lovers.

And as was the case with Laura Palmer, the list of potential suspects was long.

“Blonde, Beautiful and Dead,” from co-authors David Bushman and Mark Givens, has been in the works for months and is due out next year. But Alfonsi gave us some new details about what to expect. 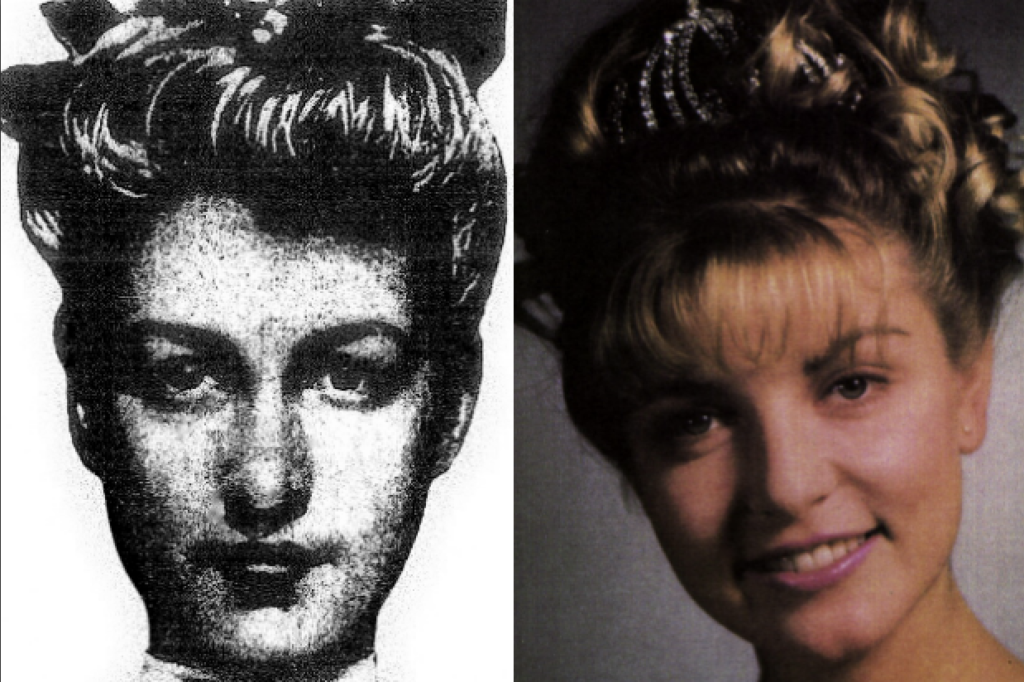 Metabook reimagines book by adding films, movies and art to the text, creating a more immersive storytelling experience. Alfonsi explains the concept during the podcast, which is largely focused on the story of Harry Eastlack, a man with a rare illness that burdened him with a second skeleton.

Our talk about Hazel Drew and Laura Palmer begins around the 31-minute mark.

Sheryl Lee played Laura Palmer on the original “Twin Peaks,” which premiered on ABC in 1990, 82 years after Hazel Drew died. Lee returned in the 1992 film “Twin Peaks: Fire Walk With Me” and in Showtime’s 2017 limited-series “Twin Peaks” revival.