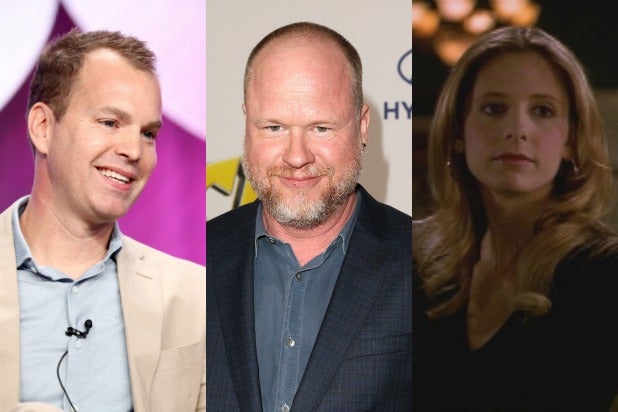 Never say never, but the cable network’s programming boss, Casey Bloys, told TheWrap “probably no,” during the Television Critics Association press tour Wednesday, noting that “The Nevers” is what they are focused on right now.

“You know, I will say I think that ‘The Nevers’ is going to be Joss’ focus,” Bloys said, when asked about HBO taking on the cult classic’s return, too, as the project does not yet have a network (or streamer) attached to it. “I don’t know to what extent he’s going to be involved in [the ‘Buffy’ reboot]. Typically speaking, we don’t really — we shy away from doing things that were on other people’s networks. So my guess is [it’s] probably not for us. But, you know, I love Joss, so I’d listen to it. But my guess is probably no.”

Also Read: 'Buffy' Reboot Showrunner Reassures Fans Amid Backlash: 'There Is Only One Buffy'

We should note here that we don’t know to what extent Whedon will be involved with the “Buffy” comeback either, as he is definitely executive producing, but the showrunner behind the project is “Midnight, Texas” creator Monica Owusu-Breen.

So if the “Buffy” reboot (which is looking to cast a Black lead) is not HBO’s cup of tea, is Bloys interested in being in the “overall Joss business,” as he makes his return to television? Bloys said that he really thinks “The Nevers” is going to be Whedon’s main gig for now and HBO is “in the Joss ‘Nevers’ business.”

Alright, enough about the Slayer. What is the timeline looking like for HBO’s precious “The Nevers,” seeing as the series was just announced two weeks ago?

Also Read: 'Buffy the Vampire Slayer' Reboot With Black Lead in the Works

“You are right, we just announced it,” Bloys said. “So I think Joss is going to take some time to think about it, get started. I hate giving timelines, because so many things, you know, get in the way of progress. But could we be shooting sometime in 2019? Second half of ’19? Maybe.”

Recently, Whedon has faced criticism about aligning himself with so many projects centering on “strong female leads” (including the “Buffy” reboot and “The Nevers”), after being called out by his ex-wife Kai Cole as “hypocrite preaching feminist ideals” in a guest post published by TheWrap last year. When we asked Bloys if he’s worried about Whedon running “The Nevers” — instead of a woman — he said no, and noted how much women will be involved in the project.

“There will, of course, be women involved in the writers’ room,” Bloys said. “But no, I don’t have concerns with him. I’m happy that he’s writing about strong women. I’m happy to have strong female leads. So, no, I’m not concerned about that.”

You can read more about the big “Buffy” reboot news here and what HBO and Whedon have planned for “The Nevers” here.

Comic-Con 2018: Photos from inside and backstage the best industry bashes in San Diego with the Party Report’s Mikey Glazer

Nicole Kidman, Joe Manganiello and the "90210" guys were amongs the head-turners on the Comic-Con party scene. Let's go inside...