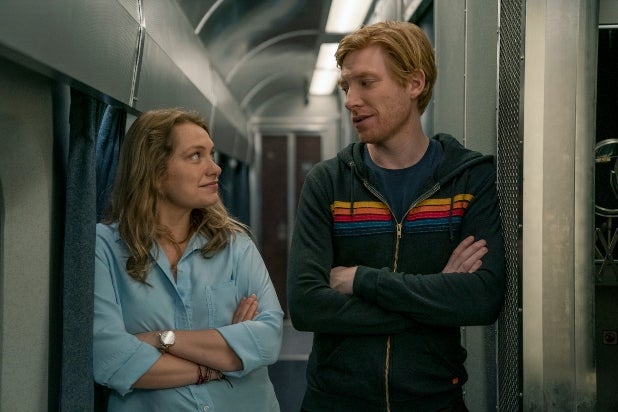 HBO has put an end to “Run,” the romantic thriller series from “Fleabag” duo Phoebe Waller-Bridge and Vicky Jones.

The series, which only lasted for one season, premiered on April 12 and finished up its seven-episode run on May 24. It starred Merritt Wever and Domhnall Gleason.

“After exploring potential ways of continuing Ruby and Billy’s journey, together with showrunner Vicky Jones, we have come to the decision that we will not be moving forward with a second season of RUN,” a spokesperson for HBO said in a statement to TheWrap.

“Run” is described as “a romantic comedic thriller about a woman, Ruby Richardson (Wever) who walks away from her ordinary life in the suburbs to revisit her past with her college boyfriend, Billy Johnson (Gleeson), with whom she made a pact 17 years prior that if either one of them texted the word ‘RUN’ and the other replied with the same, they would drop everything and meet in Grand Central Station and travel across America together.”

Waller-Bridge played Laurel, a woman Ruby and Bill meet on their journey. Other recurring roles included Rich Sommer (“Mad Men”) as Laurence, Ruby’s husband, and Tamara Podemski (“Coroner”) as police detective Babe Cloud and Archie Panjabi (“I Know This Much Is True,” “The Good Wife”) as Fiona, Billy’s former PA.

Jones served as creator and showrunner on the series, while Waller-Bridge served as executive producer. Other executive producers included Jenny Robins, Kate Dennis, Emily Leo and Oliver Roskill of Wigwam Films. The series was produced by eOne, the studio also behind popular HBO series “Sharp Objects.”